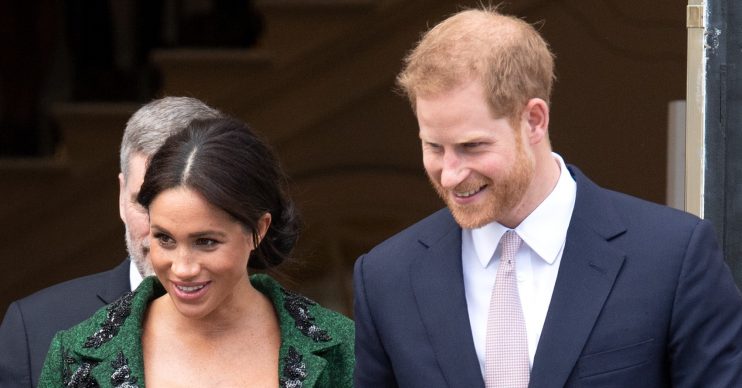 Wants them to sub-let her apartment

Pop superstar Madonna has ‘begged’ Meghan Markle and Prince Harry not to leave the UK.

The royal couple announced they would be stepping back from senior royal duties, moving to Canada in a bid to escape the spotlight and live independently from the royal family.

Now Madonna, 61, has not only told them to stay in the UK, she’s offered to sub-let her swish New York apartment to them.

Read more: Meghan and Harry ‘searching for LA home for the summer’ after stepping back from royals

The Vogue singer took to Instagram to beg the royal couple not to go Canada.

Pictured in front of a make-up desk and chatting to her stylist, she said: “Don’t run off to Canada, it’s so boring there.

I’ll let them sub-let my apartment in Central Park West. It’s got two bedrooms, it’s got the best view of Manhattan… incredible balcony.

“I’ll let them sub-let my apartment in Central Park West. It’s got two bedrooms, it’s got the best view of Manhattan… incredible balcony.

“I think that’s going to be a winner. That’s the deal-breaker.

“Buckingham Palace has got nothing on CPW.”

The legendary singer, who’s currently appearing at the London Palladium, captioned the image: “Do Meghan and Prince Harry want to sublet my apartment on Central Park West??”

Madonna has ties to the UK – she was once married to British film director Guy Ritchie, who she shares son Rocco and adopted David with – finished her video by saying that New York is better than Buckingham Palace: “Better than a bunch of guys in woolly hats.”

It wasn’t long before many of her 14.8million followers took to the site to respond.

“Madame X is a letting agent,” one said.

“Yes stay in London,” another wrote, agreeing with her.

A third wrote: “I think it’s fair. From Queen to Prince and Princess.”

Buckingham Palace has reportedly denied that Meghan, 38, is set to appear in a reality TV series.

The series – a Canadian wedding makeover show called I Do, Redo – is hosted by pal Jessica Mulroney.

The Sun quoted a source saying: “It this happens, it will raise a few eyebrows at Buckingham Palace.

“It is not quite what the Queen imagined when she granted Harry and Meghan the freedom to cut loose from the family and pursue their own careers.”