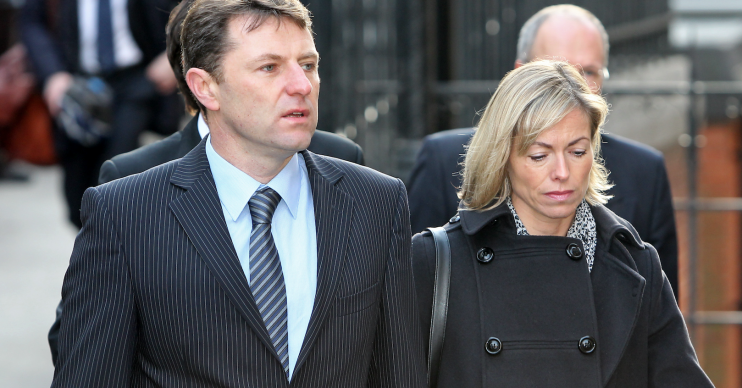 Maddie has been missing for over 12 years

The family of a US kidnap victim has sent a ‘message of hope’ to the parents of Madeleine McCann.

Kamiyah Mobley was snatched from her mother’s arms as a newborn in 1998. The imposter ‘nurse’ who took her from hospital raised her.

She was brought up with the name Alexis Kelly by Gloria Williams and her former partner Charles Manigo. He says he had no idea Kamiyah wasn’t his daughter.

Williams had told Kamiyah’s mother Shanara her eight-hour-old baby had a fever before abducting the tot.

Police finally caught up with her, and subsequent DNA tests proved Kamiyah’s identity.

And now her dad Craig Aiken has reached out to Kate and Gerry McCann to encourage them to ‘never give up’ on finding Maddie.

Craig told the Mirror: “We are bound together by the terrible crimes that befell our daughters.

I have come out the other side.

“Very few parents in the world are united by such an atrocious wrong.

“But I have worn the shoes that Kate and Gerry now wear. I have walked the footsteps they now tread and I have come out the other side.”

‘I have walked their footsteps’

Craig also reportedly told the newspaper he is aware of how it feels to be a parent who has “suspicion upon them”.

He felt as if the world had turned against him.

The music producer also suggested investigators had initially wasted time probing him and his partner when the search for Kamiyah should have been prioritised.

The Mirror also quoted Kamiyah in offering hope to the McCanns.

She suggested Gerry and Kate should “take heart” as she is the “proof” that lost children can ‘make their way home’.

Madeleine disappeared on the evening of May 3 2007 from her bed in a holiday apartment. Her family was staying at a resort in Praia da Luz, in the Algarve in Portugal.

Along with her twin siblings, Madeleine, was sleeping in the ground-floor apartment. Her parents and friends were dining in a nearby restaurant.

Madeleine, who was three years old at the time, remains missing almost 13 years on.