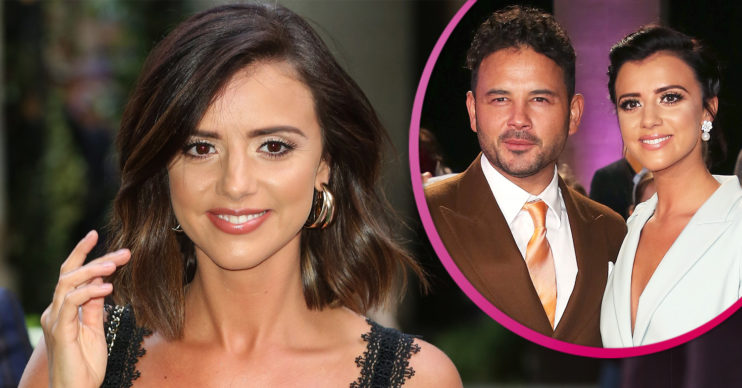 Lucy Mecklenburgh has been showered with gifts and surprises as she turned 29 today.

The former TOWIE star was treated to a host of thoughtful treats by fiancé Ryan Thomas and her pals as she marked the occasion with a celebratory bash in London.

But as Lucy prepared to wind down from the eventful weekend with a relaxing bath, she was gate-crashed by a swarm of kids wanting to join in.

Lucy firstly shared a snap of an empty bath at the Corinthia Hotel this morning.

She wrote: “Roman’s having his morning nap so mummy is…”

Posting a snap of the group in the bath, Lucy remarked: “Then this happened!! Hahahha.”

Lucy kicked off her birthday celebrations at Hush restaurant in Mayfair on Sunday (August 23).

The star gave followers a glimpse into her birthday eve as she posed alongside Ryan for a loved-up snap.

Lucy’s pals, including Lydia Bright and Scott Thomas, were sat on tables adorned with flowers and ribbons.

Meanwhile, Lucy was treated to a huge vegan cake and a feast of Italian food.

Later in the evening, Ryan whisked the mum-of-one off to the hotel in central London to spend the night.

It’s certainly a well-deserved break for Lucy, who recently opened up on the hardships of breastfeeding son Roman.

Lucy shared her struggles on Instagram Stories last week, telling fans: “Reluctantly my night pump is back. Hasn’t been the easiest week!

“Horrendous food poisoning, extremely HOT especially for a baby, milk supply has dropped & me & Roman are both stressed, frustrated & tired.”

Keen to show his support, Ryan later reposted the message on his own profile.

The former Coronation Street star added: “Me & Roman are very thankful, it’s not easy for people going through the same thing.

“Stay strong women, Lucy is, and we are very proud of her.”

Ryan has previously gushed over Lucy being a “super-mum”.

The dad-of-two told The Sun: “There is no rule book about being a mother and I think it has been a day-to-day challenge and she has dealt with it all amazingly, I’m super proud of her.”