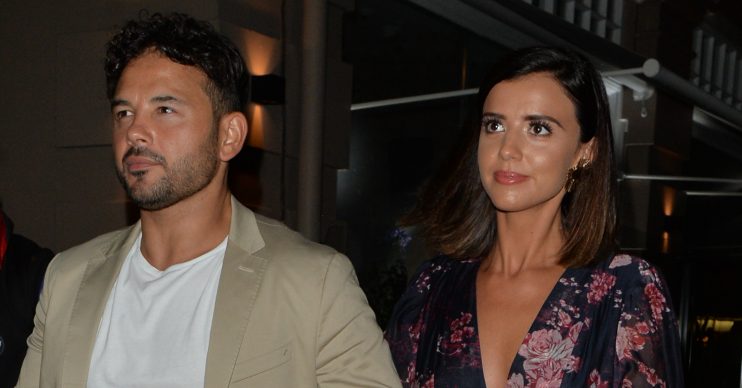 She's due to give birth soon

They’re expecting their first baby together and now Lucy Mecklenburgh and Ryan Thomas have revealed that they have a name they “love” for the tot.

Last year, the couple revealed that they were due to become parents to a bouncing baby boy.

He is due to make his arrival next month.

Speaking to OK!, Lucy revealed that the pair have liked the name since they discovered they were having a baby together.

She said: “We’ve got a name we have both loved since the beginning, but I think we want to see him first to make sure it works.”

We’ve got a name we have both loved since the beginning, but I think we want to see him first to make sure it works.

Lucy has also praised “supportive” Ryan, who she said has been “really good” throughout her pregnancy.

In the early stages of pregnancy, Lucy was pretty poorly – and she revealed that Ryan was her chief cheerleader.

She said: “He tells me all the time: ‘You’re so amazing. Women are so amazing!’ He’s sick once a year and he’s like: ‘It’s horrendous. I don’t know how you are doing this!’ He always gets me anything I need.”

However, it turns out the former Coronation Street star may not be the best birthing partner as Lucy revealed he is rather impatient.

She said: “I think he’ll be really good at supporting me, but it’s hard for men because I think they feel a bit helpless. He won’t like seeing me in pain, I know that. He’s quite an impatient person so I’m just hoping this baby doesn’t take three days to come out!”

Lucy recently revealed that she’s gained more than two stone in weight during her pregnancy, something she said she was embracing.