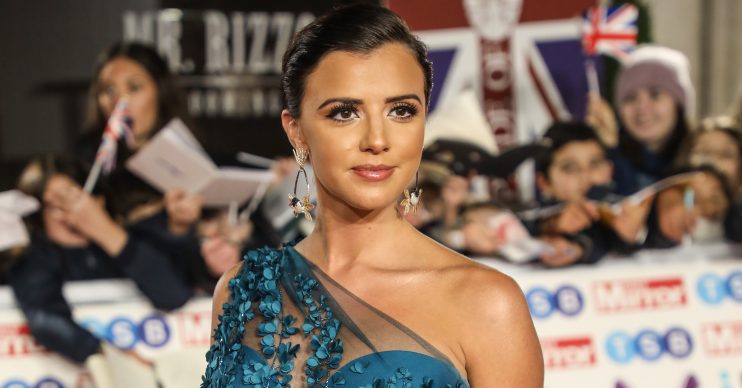 Star says she's embracing the changes to her body

Fitness fan Lucy, who runs her Results With Lucy fitness company, has revealed that she’s gained more than two stone in weight during her pregnancy.

And, far from hating the changes her body is going through, Lucy is embracing it.

During a Q&A session on her Instagram Stories, one of Lucy’s followers – who is also pregnant – posed a probing question.

She said: “How have you found putting on extra weight during your pregnancy? I hate it.”

I’ve gained over two stone and accepted it’s part of the journey.

The star added: “Weight gain is inevitable for a healthy pregnancy. Focus on you and bubba, not the scales.”

Lucy and former Corrie star Ryan announced they were expecting their first baby – a little boy – in August.

And, if it’s up to him, it’ll be their last child together.

Asked in an earlier Q&A if they’d like more children, Lucy put the question to Ryan.

Ryan proposed to Lucy during a romantic trip to Italy earlier in the summer.

He shares 11-year-old daughter Scarlett with his ex-girlfriend Tina O’Brien.