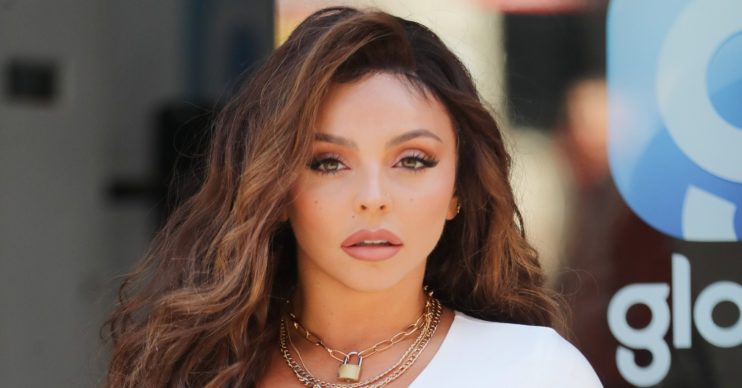 Little Mix: Jesy Nelson fans beg to give star ‘privacy’ as she is pictured for the first time

Little Mix star Jesy Nelson fans have urged for “privacy” after the star was pictured for the first time yesterday since stepping away from the group.

The 29-year-old musician, who announced she was taking time off from the band last month, was spotted running errands in Essex.

But soon after the pictures emerged, fans rushed the defend the star and begged others to “respect her privacy”.

In the snaps, Jesy was seen in a pair of camouflage printed trousers and an oversized jacket.

The singer – who is currently dating former Our Girl star Sean Sagar – sported her natural curls as she headed into a nearby car.

The pictures were criticised by Little Mix fans, with one saying: “Wow the day Jesy goes out the paps take photos of her. What happened to respecting her privacy??”

A second fumed: “I see the tabloids are respecting Jesy Nelson’s decision to step away from her media work to help with her much publicised MH problems by having paps relentlessly following her every move.”

Another raged: “Seeing the photos of Jesy Nelson hurts. She looks broken. Don’t understand why the paparazzi let her live in privacy.”

Little Mix fans have continued to support Jesy throughout her recent struggles.

Following the news of her break, fans hit back at claims the star was planning to go solo from Perrie Edwards, Leigh-Anne Pinnock and Jade Thirlwall.

At the time, followers insisted that wasn’t the case.

One hit back: “Little Mix have said a hundred times they cant imagine going solo and it’s true because believe it or not, they’re actually best friends.”

Why is Jesy taking ‘extended’ time off?

Jesy confirmed her hiatus from the band last month.

A spokesman for the group said: “Jesy is having extended time off from Little Mix for private medical reasons.

Seeing the photos of Jesy Nelson hurts.
She looks broken.

Don’t understand why the paparazzis let her live in privacy. 😠

Read more: Jesy Nelson pulls out of Little Mix The Search final due to illness

“We will not be issuing any further comment currently and ask media to please respect her privacy at this time.”

It followed shortly after the star pulled out of the final of Little Mix’s BBC series The Search.

Jesy was also due to appear at the MTV Europe Music Awards.

Their manager said: “Little Mix statement: Jesy is unwell and will not be appearing on tonight’s final of Little Mix The Search. She will also not be hosting or performing at tomorrow’s MTV EMA’s.”