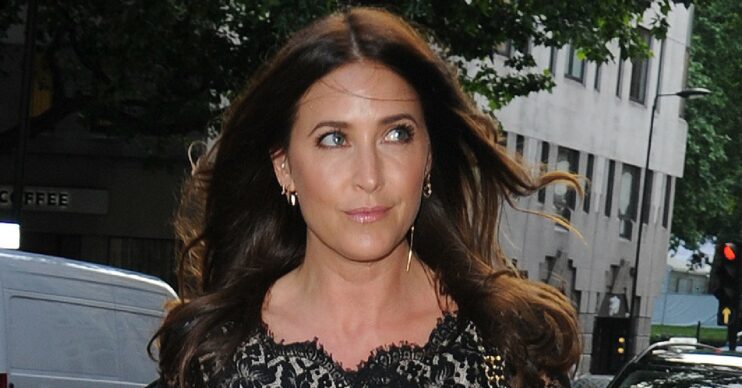 Lisa started the menopause in her early forties

Lisa Snowdon has revealed she had to “come to the terms” with the fact she may never have biological children with her partner.

The 49-year-old This Morning presenter is currently engaged to fiancé George Smart, 41.

But sadly, Lisa‘s early menopause battle means that the pair may not be able to have children of their own.

The menopause hit Lisa when she was 44.

As a result, the star and her partner were faced with the possibility of not having biological children.

Speaking to The Sun, she shared: “We’d discussed it in the past, but hadn’t started trying, so I knew we’d have to explore other options in the future if we did want to become parents.

It was a lot to come to terms with

“George was brilliant about it and told me we could look into alternative ways in the future. It was a lot to come to terms with.”

Unfortunately, Lisa hasn’t had the easiest of rides during the menopause.

The star also admitted that she gained “around three stone in a year” due to her early diagnosis.

Read more: Lisa Snowdon strips to bikini on Instagram as she wows fans

Furthermore, she began suffering from a range of health issues.

These included “brain fog, anxiety and fits of rage”.

She added: “In 2018, I went to the doctor for blood tests, which was when I got the bombshell that I was perimenopausal. It all finally made sense, but it was hard to process.”

What else has Lisa said about her health?

It isn’t the first time Lisa has bravely opened up on her menopause battle.

The star often speaks out about the health condition, and how she’s been affected.

In a recent chat with Health and Wellbeing Magazine, she explained how she keeps motivated throughout the menopause.

Lisa uses exercise to help with her symptoms.

She explained: “Exercise helps my menopause symptoms but my routine depends on what I’m doing week-to-week.  I go to reformer Pilates a couple of times a week, and I do a little bit of running every now and then.

Read more: Alison Hammond hits back at ‘angry’ people who want her to ‘hide under a rock’ because she’s fat

“I walk pretty much everywhere, I get the Tube when I’m coming into London for appointments so I can try to get my 10,000 steps in a day.”

The TV star also eats three meals, and attempts not to snack throughout the day.