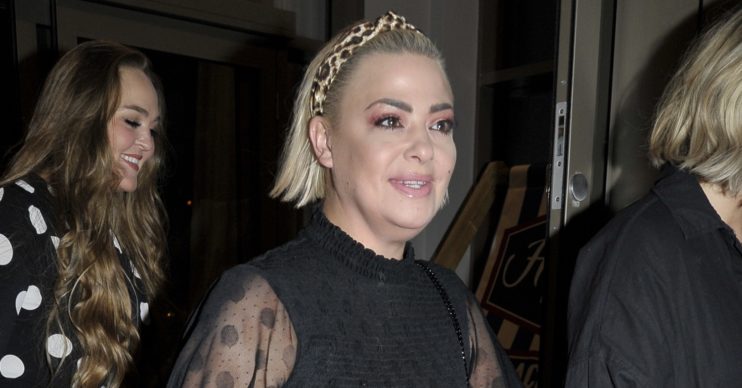 Lisa Armstrong shows off her new dark hair on Instagram

The 43 year old, who’s ex husband is presenter Ant McPartlin, 44, shared a snap of her transformation on Instagram and fans loved the new darker look.

In the picture, shared on Monday (May 11), Lisa poses with her arm held up to show off her tattoos.

Read more: Ant McPartlin in tears over BGT rescue dog Miracle as fans say act should have got Golden Buzzer

She has dyed her hair brunette and dragged it back into a tight bun under a fake ponytail, which she holds forward for her followers to see.

In the caption, Lisa revealed that it marks a return to her natural colour and was her first try.

She told fans, “If all else fails, pop a fake pony on!” and included the hashtags #temporarilydarkenedroot #notbadformyfirsttry #backtomyoriginalcolour #stayinginisthenewgoingout #nofilter.

What did Lisa’s followers say?

Her followers loved the transformation.

One commented to tell her she looks like pop singer Dua Lipa and Lisa joked, “I wish!”

Another said: “Love the dark hair and ponytail.”

Someone else wrote: “Love the darker hair xx.”

A fifth said, alongside a string of heart-eye emojis: “You look insane, go gurl!”

It follows posts Lisa shared on Instagram featuring her beloved pooch Hurley, whom she reportedly shares with ex Ant.

In lockdown with Hurls

Last week, she posted a clip of the dog, a chocolate Labrador, literally having a ball during lockdown.

Lisa had taken Hurley out on her one-hour walk under the government’s lockdown rules, which have since changed.

In the video, the pooch is soaking wet as he plays fetch with a tennis ball in the park with his owner.

She split with the Saturday Night Takeaway presenter over two years ago.

Following a bitter battle, the pair are now legally single after their decree absolute was granted in April, officially ending their 12-year marriage.