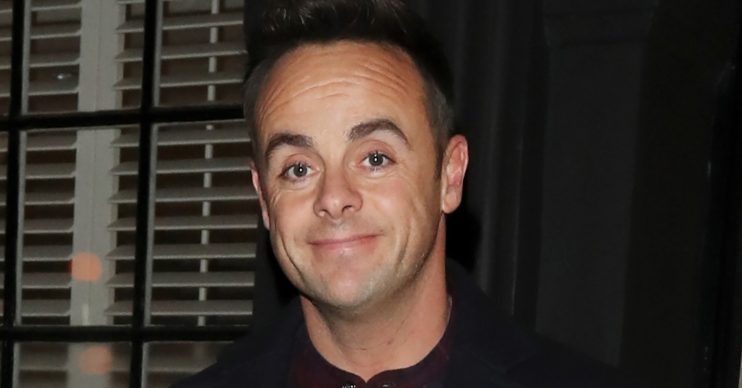 The Saturday Night Takeaway presenter split from Lisa Armstrong over two years ago.

Following a bitter battle, the pair are now legally single after their decree absolute was granted earlier this week, officially ending their 12-year marriage.

The 44-year-old star is now focused on the future and friends are expecting it won’t be long before he weds again.

His relationship with Anne-Marie Corbett, also 44, is very serious.

Read More:Robbie Williams shocks fans as he strips down to underwear in front of his cleaner

A source told The Sun newspaper: “It’s been an extremely difficult road with a lot of heartache and unpleasantness, but it’s finally done. It’s over.

“Ant’s been desperate to start the next chapter of his life and at least now he and Anne-Marie can plan for the future. It won’t be long before they are married.”

The former couple finalised the details of their split a few months ago, with Lisa allowed to keep their £5 million former marital home and receiving a £31 million settlement.

It’s been an extremely difficult road with a lot of heartache and unpleasantness, but it’s finally done. It’s over.

A source said at the time: “Ant and Lisa agreed to settle and sign their divorce agreement during a productive and civil meeting on Tuesday.

“Ant made a very generous settlement that works out to be more than half of everything that he has.

“He is delighted because it means he can put what has been a very difficult chapter in his life behind him and move on.

“For Lisa, the start of a new decade gave her a fresh mindset. It’s been tough but it’s time to move on. They both decided they wanted it resolved.

“There was no acrimony and both of them walk away contented.”

After making the agreement, Ant and Lisa got back on civil terms and have even been able to see one another when handing over custody of their beloved dog Hurley.

A source has said: “For a long time this just wouldn’t have been possible without an intermediary.

“Some of the rows at the height of the break-up were utterly explosive.

“Now, they’ve decided enough time has passed for them to be able to do it themselves. It’s a huge step forward.

“Even though they will never be particularly close again, it makes life much easier.

“Lisa has been to the house to collect Hurley and they’ve handed him back and forth. They both adore the dog.

“Agreeing how to share him was one of the biggest sticking blocks in their separation, so this is really a sort of closure.”

Leave us a comment on our Facebook page @EntertainmentdailyFix and let us know what you think of this story.