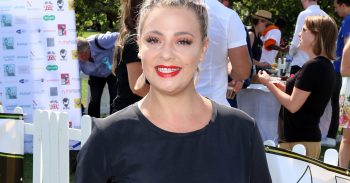 Make-up artist Lisa Armstrong has shared a sun-kissed holiday selfie to Instagram and described her break as “amazing”.

Revealing she’d been holidaying in Oman, the star said: “All good things must come to an end… Oman you were amazing!! #holiday #illbeback #oman.”

Lisa looked relaxed and happy in a chic pair of sunglasses and a colourful Louis Vuitton scarf.

Her sun-soaked getaway comes as Lisa and her ex-husband Ant McPartlin’s divorce battle continues to play out.

Lisa and Ant split last January, after 11 years of marriage and were granted a decree nisi in October.

Ant, who entered rehab for prescription painkiller addiction and was found guilty of drink-driving, moved into a new relationship with the couple’s former PA Anne-Marie Corbett.

It’s been reported that Ant and Lisa could be set for an awkward red carpet reunion at the upcoming TV BAFTA Nominees Party.

With Ant being nominated alongside presenting partner Declan Donnelly and Lisa receiving a nod for her work on Strictly Come Dancing, the couple will both receive invites to the prestigious party, which is being held on April 25.

The night will mark Ant’s first red-carpet event since his return to work following his addiction problems, so he’ll be hoping it goes off without a hitch.

To add to the potential awkwardness, their divorce is set to be finalised around the time of the party.

Lisa’s Instagram selfie comes as Dec revealed to The Guardian Weekend magazine that he wanted to “punch” his partner when he was arrested and admitted they almost went their separate ways.

“I said I’d give everything up if he could just be happy again,” Dec said.

Meanwhile, Ant will return to TV this weekend alongside Dec for the new series of Britain’s Got Talent.

Head over to our Facebook page @EntertainmentDailyFix and let us know what you think of this story by leaving us a comment!