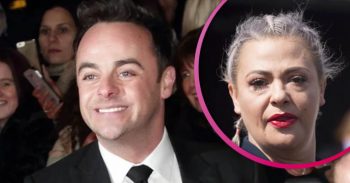 They're aiming to sort it all out by May

Ant McPartlin’s divorce battle with Lisa Armstrong has reportedly become “like Brexit” with the couple at a stalemate over the terms of the separation.

Though the presenter and his ex were granted their decree nisi in October last year, they’re believed to have hit a deadlock over how to share Ant’s estimated £62 million fortune.

According to The Sun, sources close to Ant say the star has brought several formal offers to the table, but Lisa’s said none have been made.

Their lawyers are reported to be ramping up efforts to find a solution, with both legal teams due to meet at an arbitration hearing soon in an attempt to close the saga by May.

One of the major sticking points, The Sun reported, is that Lisa doesn’t want to sign a non-disclosure agreement despite a potentially sizable financial offer.

A source told the paper: “It’s hit rock bottom. It’s like Brexit. There’s no deal, no way forward and lots of bickering. It could eventually be decided by the courts.

“All Lisa wants is for a deal to be done so that she can move on with her life. But she feels she’s been left in limbo.

“She says no one from Ant’s side has made a formal financial offer. All they’ve asked is that she signs an NDA, but she doesn’t want to do that.”

Ant’s camp, according to the source, say Lisa is the one stopping the settlement from being finalised as they’ve so far made “numerous offers”.

ED! has reached out to Ant’s reps for comment.

He cuddles and sleeps with his mama… #mybabyboy #myone #Hurley xx

Speaking to the Daily Star in November, a source said: “It’s a very sensitive situation because they always thought they would raise him together, but they are currently sharing custody and there will be a formal agreement made in the coming weeks.”

Ant went into rehab last year following a two-year addiction to painkillers in the wake of a knee operation.

He broke up with Lisa in January 2018 after 12 years of marriage.

Three months later, he was slapped with a driving ban and £86,000 fine for a drink-driving incident that saw him crash his Mini into two cars in south-west London.

Earlier this month, reports suggested Lisa was in talks to host her own TV show about break-ups.

With the working title The Strong Girl’s Club, the programme would focus on empowering women who are coming out of a split.

Do you think Ant and Lisa will be able to settle their divorce by May? Leave us a comment on our Facebook page @EntertainmentDailyFix and let us know what you think.