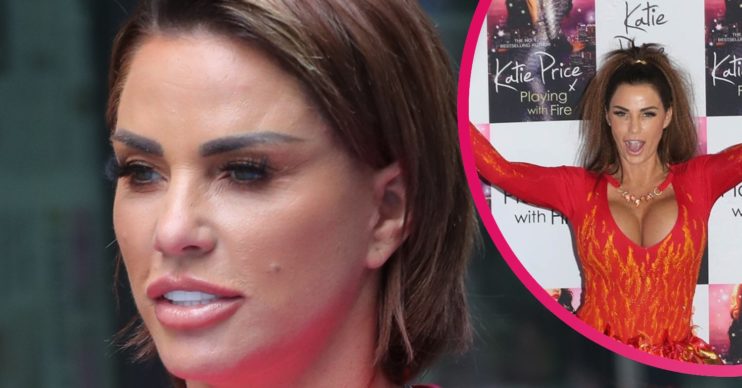 This would be her seventh autobiography!

In addition to her multiple autobiographies, Katie has also written various novels and children’s books over the years.

What is Katie’s ‘new book’ about?

And this latest addition would be her seventh autobiography. But apparently the book will be even more personal than the previous ones.

A source told The Sun: “Katie’s really excited about this latest deal. It’ll be about her life, but she’s warned friends it’s not exactly an autobiography like the ones in the past.

“It’ll tell readers a lot they don’t know about her.”

*ED has reached out to Katie Price’s representative for comment.

Indeed since 2016 Katie’s life has taken many surprising turns.

She’s faced bankruptcy and been to court multiple times over her financial difficulties.

Once estimated to be worth a staggering £40 million, she now says she loves being bankrupt.

Speaking to OK magazine this year, Katie explained: “Anyone who has ever been in my life before has tried to take from me, financially mostly.

And she was caught up in a terrifying carjacking attempt in South Africa back in 2018.

Additional to this her eldest child, Harvey, 18, spent a week in hospital in 2020 following a mysterious illness.

Finally, Katie’s now engaged to former Love Island star Carl Woods, 32, whom she says is the true love of her life.

The pair have jetted off on various exotic holidays, including to Portugal, The Maldives and Turkey since hooking up.

It was in Turkey that she broke both of her feet and Carl took care of her for months as she remained wheelchair-bound.

Eventually she had surgery on both feet, and is now believed to be all but recovered.

They’ve made no secret they’d love to have a child together.

This would be Carl’s first child, and Katie’s sixth.