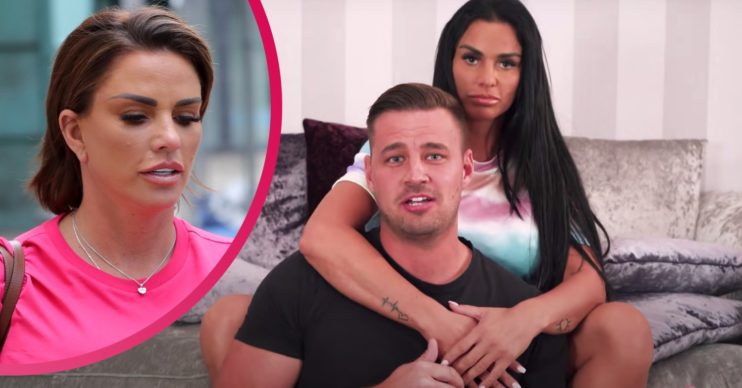 Katie Price ‘broodier than ever’ and ‘could name next baby Lisbon’

Sounds like she's been putting in some practice during Portugal holiday

In the latest news concerning Katie Price, she’s said to be keener than ever to expand her family.

The mum-of-five has made plenty of noises about having another child with her beau Carl Woods.

But, according to a magazine report, Katie’s pretty much at the stage about thinking about names for a new baby!

The former glamour model’s younger sister Sophie has just given birth herself.

And apparently that pregnancy has only increased Katie’s hopes for another child.

Furthermore, according to new! magazine, Katie has even joked about considering whether to name any tot after where they were conceived.

A source told the mag that Katie has laughed about calling a new baby ‘Lisbon’.

However, the source also suggested Katie may be concerned about becoming pregnant in the future.

They are quoted as saying: “Katie is still desperate for a baby and is hoping to conceive naturally. But she knows she’s not getting any younger and is worried about her eggs. She feels like the odds are stacked against her. However, she is staying positive that she will have another baby.”

Katie’s hoping that spending time with the newborn will make her fertile juices flow.

They continued: “Seeing her sister pregnant has only made her more broody and she’s hoping that spending time with the newborn will make her fertile juices flow. She’s hoping that a new baby in the family could get things moving naturally for her.”

Sophie became a mum for the first time over the last few days.

And according to the insider, Katie is keen for fiancé Carl to clock up some hours looking after the little boy.

That’s because he doesn’t have much hands-on experience of little ones himself.

The insider added: “Sophie’s baby will also be great practice for Carl. He hasn’t got much experience when it comes to babies, so Katie’s hoping he can get some practice in by changing nappies.”

Last month, Katie explained she and Carl have discussed IVF if they are unable to become pregnant naturally.

Carl, 32, told TV viewers that his previous use of steroids may have affected his sperm count.