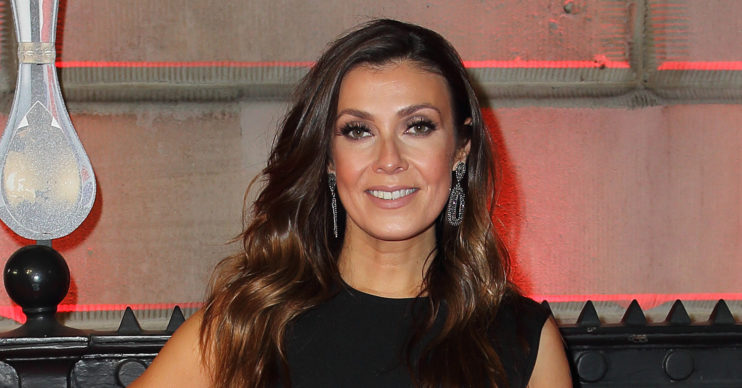 Kym Marsh is set to return to our TV screens soon as she gears up for a new role with the BBC.

The former Coronation Street actress, 44, is starring in a drama series.

It will be the first major acting role she’s done since leaving the ITV soap last year.

Kym will star in the fourth series of the BBC drama The Syndicate.

What is The Syndicate about?

Each series has centred on a group of everyday people whose lives are changed forever by winning the lottery.

The new series will explore the lives of a group of kennel workers who reckon they’ve scored a massive lottery win.

Picture of Kym during filming show her with a high ponytail, worker’s bib, patterned T-shirt and white jeans.

Read more: Will Kym Marsh ever return to Coronation Street?

Filming amidst the intense British summer heatwave, she’s carrying a handheld fan in between takes.

A brand-new story about a syndicate of low-paid kennel workers who think they’ve won the lottery.

And she will be joined by her former Corrie co-star Katie McGlynn, who played the late Sinead Osbourne on the ITV soap.

This will also be Katie’s first big TV gig since leaving Coronation Street.

Who is joining Kym Marsh in The Syndicate?

Additional stars include YouTuber and 2019 Strictly contestant Joe Sugg. It will be his first acting role ever.

Neil Morrissey, of Men Behaving Badly and Line Of Duty fame, will also join the cast.

Creator Kay Mellor said of the new series: “A brand-new story about a syndicate of low-paid kennel workers who think they’ve won the lottery but have been robbed of their ticket.

“The chase to confront the culprit takes us to the wealthy French Riviera where the young syndicate find themselves well out of their depth.”

The BBC is yet to confirm its official release date.

She told Best magazine at the time: “It [was] an incredibly difficult decision, but it feels like the right time to explore some other roles.

“But this isn’t the last you’ve heard of Michelle Connor – she’ll be back!”

Since leaving, she has appeared in the stage show version of Elf and presented the true crime documentary Murder at My Door with Kym Marsh.

Kym first found fame in the UK when she was a winner on the first and only series of Popstars in 2001.

A member of the band Hear’Say, they had a number one hit with the single Pure & Simple.