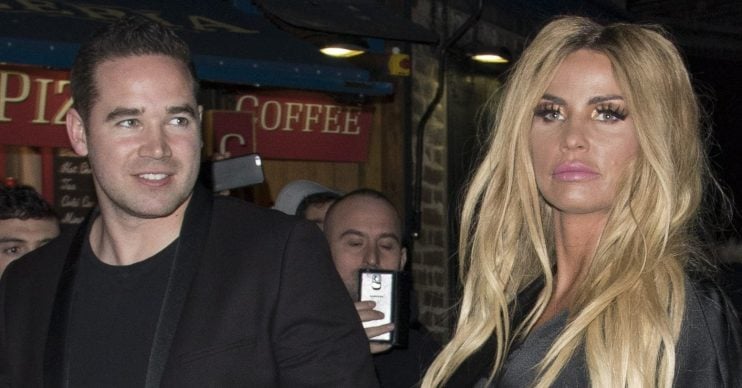 The exes aren't divorced yet

Katie Price is now engaged to Kris Boyson, despite still being legally married to ex Kieran Hayler, and Kieran has now spoken out.

The 32-year-old separated from Katie in May last year but they are not officially divorced yet.

However, Kieran, who has Jett, five, and Bunny, four, with Katie, has given his blessing.

He told The Sun: “Congratulations to them both, I wish them well.”

Katie confirmed she will be walking down the aisle for a fourth time live on Loose Women on Thursday.

She announced the news to Loose Women stars Coleen Nolan, Nadia Sawalha, Saira Khan and Gloria Hunniford as she sat on the panel.

The mum-of-five flashed a huge sparkler on her ring finger and revealed fitness trainer Kris had popped the question.

She said: “Kris bought the ring for that finger, so there you go, I’ve got love in my life.”

Katie went on to say she and Kieran wouldn’t have broken up if he hadn’t repeatedly cheated. She added that they still get on well.

She said: “The thing is with me and Kieran, we would never have split up if he’d behaved himself. He knows it.”

In June, Kieran, who is now dating Michelle Pentecost, said he and Kate now have “a sort of friendship”.

“It’s so nice when you get on with your ex when you’ve got children.”

Kris will be Katie’s fourth husband. Her other ex-hubby’s are singer Peter Andre and former cage fighter Alex Reid.