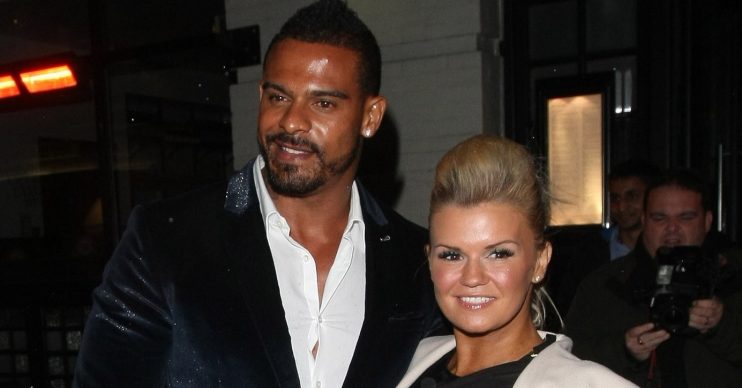 He recently passed away

The 38-year-old singer was married to George – who died recently following a drug overdose – from 2014 until 2017 but she says he put her and her children through hell in the past few years.

Kerry – who has five-year-old daughter Dylan-George with George and Molly, 17, Lilly-Sue, 16, Heidi, 12, and Maxwell, 11 from previous relationships – told New! magazine that she said goodbye to George at the chapel of rest days after his death.

In her column, Kerry revealed her fears about George looking after their daughter.

She said: “If God gave me George back for one day and I had the choice to give him DJ for that one day, I’d say no. Knowing George, he’d take her with him.

“I’ll never doubt how much he loved her – he idolised her – but he was a psychopath.”

She added: “I said goodbye privately at the chapel of rest two days after he died. My mum came with me and I just shouted at his body. I was screaming, ‘You [expletive] What have you done?’ He was lying there smirking. I kept asking him, ‘Why have you done this to DJ?’ The morgue people must have thought I’d lost it.”

Ent Daily has contacted reps for Kerry for comment.

At the weekend, Kerry slammed reports that she was “glad” George had died, claiming her words in a recent interview were “twisted”.

She wrote: “Let me make this very very very clear… in no way shape or form am I GLAD my husband is dead!!!! I feel my words have been completely and utterly twisted to make a headline!!!

“Don’t get me wrong George put the fear of god into me and the kids and I stand by putting safeguards in to place for myself and my children!

“But NEVER EVER would I be GLAD someone, even more so my husband who I once loved with all my heart is dead!!!”

She continued: “I did this interview wanting to touch on mental health, drug addiction and Domestic abuse for men, women and children but I feel it reads completely in the wrong direction! My heart is broken and I am struggling to come to terms with all of this!!

“My DJ is one day going to see this headline which completely kills!! These last few weeks have been the most painful and difficult time for me and my children!!

“In the last 6 weeks of his life George was arrested and hospitalised several times it was inevitable that one day the drugs would get the better of him which I am completely broken about!

“More so for our beautiful baby girl who we created together and who I will be completely and forever grateful to him for!

“I am not responsible for his actions!! Once again feel this interview really doesn’t show or read the true feelings of me and my family!

“No about of words can express the pain we are all in! I know he will be at peace now more so then he ever was on this earth!