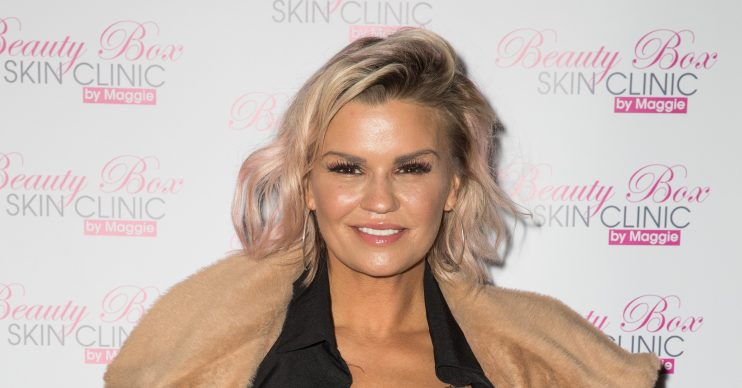 He is the father of her youngest daughter Dylan-Jorge

A source told the Mirror newspaper: “Kerry was told this afternoon that George suffered an overdose and was taken to hospital, but was declared dead on arrival.

“No one yet knows what he overdosed on or whether it was intentional or an accident.

“Kerry is heartbroken, he’s DJ’s dad and she loved him once.

“She can’t bear the thought of explaining to her daughter what has happened.

“She’s devastated. Kerry loved George once and, while she’s not had contact with him for a long time, it is a huge shock.

“Her younger kids, Max and Heidi, who she had with Mark Croft, loved George too and called him Dad. She has no idea what to tell them.”

Before receiving the tragic news, Kerry had shared a video of DJ dancing on Instagram.

“Thinking of you and DJ at this sad time, sending love and hugs to you both,” wrote one.

Her spokesperson confirmed in a statement at the time: “It is with deep sadness that Kerry announces the end of her marriage to George Kay.

“Her focus now will be on her gorgeous children.”

Kerry and George gave it another go but they split again in 2017, with a source saying at the time: “Tensions reached breaking point about a month ago and it all came to head when George told Kerry that he was tired of acting as a nanny to her kids.

“He is sick of being stuck at home, while Kerry was able to swan about and do what she pleased.”