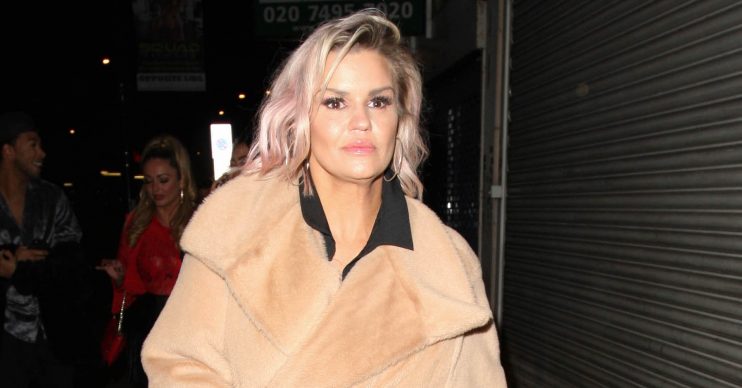 Kerry Katona claims George Kay has asked for her forgiveness from beyond the grave.

The former Atomic Kitten singer’s estranged husband died from an overdose in July and after previously branding her ex-partner a “psychopath” for his behaviour during their marriage, she believes he has attempted to make amends through a psychic.

Kerry, 39, wrote in her column for new! magazine: “Last week I decided to have a Tarot reading.

“A lady named Hannah Jackson came down to the house to read me, and it was very George-based. She says he wants me to forgive him.

“Patrick, who was George’s dog, was really freaking out when she was there, which I thought was interesting.”

Kerry – who has five-year-old daughter Dylan-Jorge with George and Molly, 18, Lilly-Sue, 16, Heidi, 12, and Maxwell, 11 from previous relationships – wasn’t very impressed with some of the predictions made for her future.

She added: “She also mentioned marriage and babies, but trust me, I’m not interested.

“I know there are loads of reports about pregnancies and weddings, but believe me, it’s not happening – certainly not right now.”

Kerry previously branded George a “psychopath” and claimed she was “happy” he died when their little girl was so young.

She said: “He was a psychopath. To be honest, I’m happy he died when he did, when DJ is at this age because he was gonna die anyway and it saves her having to grow up witnessing all these episodes he would have had. You have to remember the hell he put us through.”

Kerry also revealed her fears that George would hurt their daughter.

She said: “If God gave me George back for one day and I had the choice to give him DJ for that one day, I’d say no. Knowing George, he’d take her with him. I’ll never doubt how much he loved her – he idolised her – but he was a psychopath.”