Proud mum Kerry Katona showed off her son Max after a hair transformation - and fans can't believe it's him.

The former singer and Celebs Go Dating star uploaded the snap to her Instagram of her smiling boy as he displayed his new 'do.

This boy is growing up far too fast! Check out his new hair xxxx

The snap, shared with her 597,000 followers, showed Max Croft beaming with his stylish curly locks. The 12-year-old smiled for the camera as he posed in their living room.

Fans couldn't believe the transformation. One commented: "He's grown up so much. Had to do a double take, bless him. Love his hair."

Another said: "Oh wow, I didn't realise it was Max! He looks gorgeous and so different."

A third added: "No way this is Max! So grown up and such a handsome dude."

Still not feeling 100% think I have a bug! Hoping some fresh air will help xxxx @all_things_fabulous_interiors_ thank you for djs little mask xxxx

This week, Kerry has had to quash gossip over whether she is or isn't pregnant. Her fans questioned whether her recent sickness could be morning sickness.

In a snap where she cuddled up to daughter Dylan Jorge, she wrote on Instagram: "Already in our PJs having cuddles... still feeling really sick! Defo tummy bug!"

But some followers wondered whether something else was making her feel queasy - especially after she said her kids are desperate for another sibling.

As fans speculated about another baby on the way, the former Atomic Kitten star hit back: "Absolutely not!" 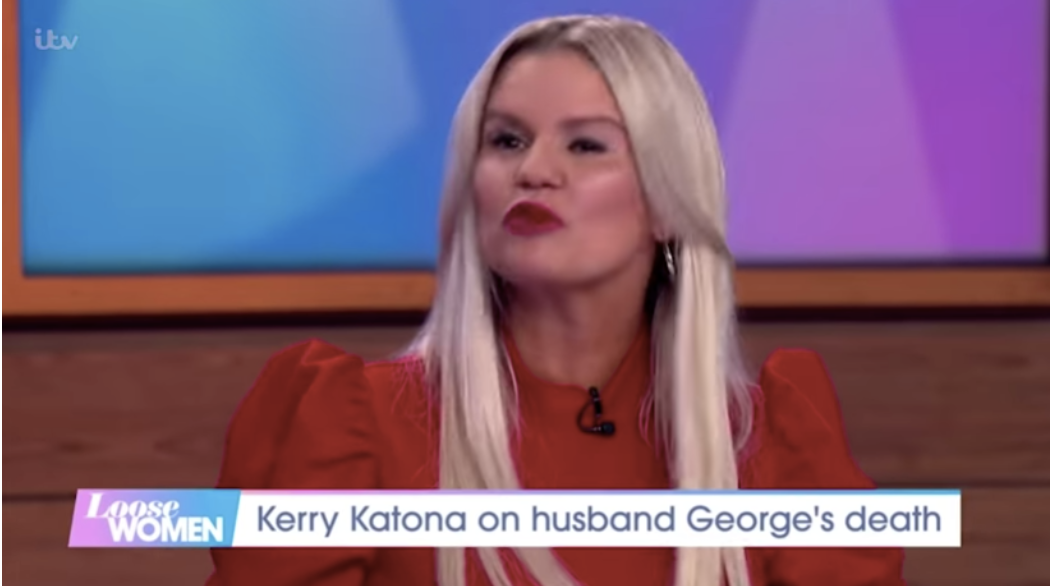 Kerry Katona is a regular on Loose Women and has discussed how hard her pregnancies have been. (Credit: ITV)

Her kids have "begged" for a sibling

Kerry, who has been dating Ryan Mahoney for two years, has five children with three previous partners.

Yet her children are yearning for another sibling, according to previous interviews.

The star previously revealed her kids have "begged" her to have another baby. She told Closer in April that "Heidi especially" was keen to see her add another member to the brood.