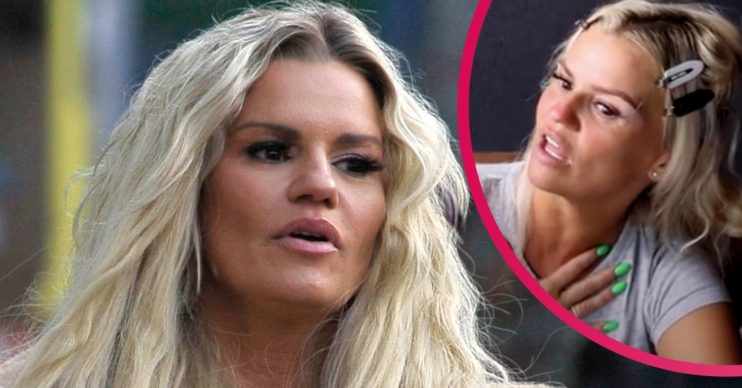 The singer says her kids 'walk all over' her.

Kerry Katona says her youngest child, daughter Dylan-Jorge, six, will punch her if she doesn’t get her own way.

The mum-of-five, 39, revealed all on her latest YouTube video.

While getting her makeup done for a photo shoot, Kerry said Dylan is furious if she takes away her Nintendo.

Kerry said: “I bought her a Nintendo and if I take that Nintendo off her – the Satan itself appears in a DJ form.

Kerry Katona says he kids ‘push her right over’

“She hates us all. She punches us in the face. It’s vile.”

Kerry continued: “I think when George died last year I really mollycoddled her.

“So it’s my own fault a bit. I’ve noticed all of the kids attitudes [have changed] since George and I have split up.

“I felt so guilty of what I put them through when George was alive, they just push me right over.

She felt guilty about her ex-husband George Kay

“I’ve just let them get away with so much. There’s no respect there, from my kids with me.”

She went on to say that they would probably be better well-behaved if George was still alive and with her.

Kerry added: “The kids wouldn’t be the way they are now if George was at home, alive.

“But I don’t want them living in fear. I’ve gone the completely opposite way, and they’ve just walked over me.”

One viewer advised: “Aww Kerry! It can be really hard finding the balance between firmness and letting kids be kids. You’ll find the balance and kids are more resilient than you think.”

The former I’m A Celebrity winner had previously opened up about the abuse she claims George put her through.

She says police were called 22 times when they were in a relationship.

Speaking to new! magazine last year, Kerry explained: “I could tell my children weren’t happy when George was around.

“They could hear me crying and being beaten up. They police were round my house 22 times because of the violence.”

George died on July 6, 2019, after reportedly suffering a drug overdose at a Holiday Inn, aged 39