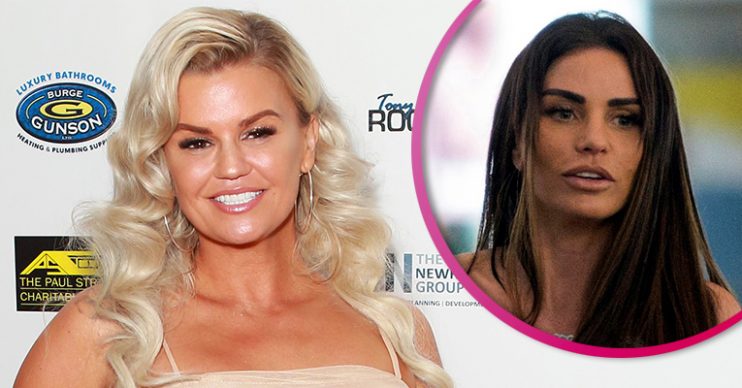 TV star Kerry Katona has offered to host Katie Price and her family for Christmas.

The former Atomic Kitten singer and her boyfriend Ryan Mahoney will be joined on December 25 by her mother, Sue Katona, and her own five kids – Molly, 18, Lilly-Sue 16, Heidi, 12, Max, 11, and five-year-old DJ.

But she’s happy to extend an invitation to her friend and her five children after the former Loose Women star was recently declared bankrupt.

Read more: Katie Price ‘fights in loo at Christmas party and brags she has loads of money’ after bankruptcy

Kerry wants to be there in her friend’s hour of need because Katie, 41, was a huge support to her during her turbulent marriage to third husband George Kay, who died from a drugs overdose earlier this year.

She told Closer magazine: “It’s hard to tie her down – you can send her a million texts and she never replies until she wants something. That’s how she is.

If she needed somewhere to stay, of course she could stay with me for Christmas.

“But Kate is my friend and although we haven’t seen each other in a while, we’ll always be there for each other. I’d never want to see her out on her [bleep]. I know I can call her up tomorrow and say, ‘Kate, I need somewhere to stay.'”

Kerry added: “When I was going through a difficult time with George one night, I rang Kate. She said, ‘Get in the car and come and stay here right now.'”

The star said if Katie “needed somewhere to stay, of course she could stay with me for Christmas – I’ll take her in and all the kids”.

Kerry thinks her friend Katie – who has kids Harvey, 17, Junior, 14, and Princess, 12, Jett, six, and five-year-old Bunny from three previous relationships – will be “strong” through her latest hardship and it will teach her some positive lessons.

Kerry said she hopes Katie realises “who her real friends are now the money is gone” as that happened to her and it was a “blessing in disguise”.

Adding that it’s “only money at the end of the day”, Kerry said Katie still has her “health and five beautiful children”.

Read more: Katie Price reveals ex Peter Andre called her when she was made bankrupt

Katie recently revealed she received a phone call from her ex-husband Peter Andre after news of her being declared bankrupt broke.

Speaking on an episode of her reality show, My Crazy Life, Katie told her mum: “Who do you reckon rang me?

“Pete rang me, saying: ‘Hi, I’m really sorry, I have just had a notification and heard the news, I don’t like to see you like this.'”