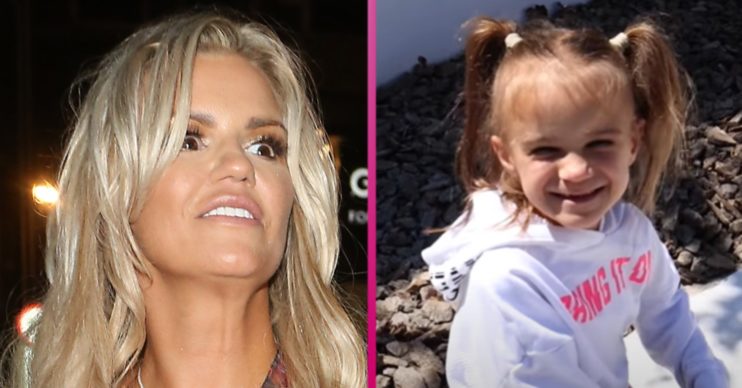 Kerry Katona feels ‘lost’ as her kids go back to school

She posted snaps of them in their uniforms

Kerry Katona admitted she would feel “lost” today as her kids went back to school.

The mum-of-five, 40, posted new photos of three of her brood looking “grown up” in their uniforms on Monday (September 14) morning.

What did Kerry Katona say about her kids going back to school?

Kerry told her followers she was going to “feel lost” without having them around the house during the day.

In two of the photos, Heidi, 13, Maxwell, 12 and Dlyan-Jorge, six, smile for the camera at the family’s home.

In another, Maxwell stands with his arm around big sis Heidi.

Kerry wrote in the caption: “Omg look how grown up they look! At last, they are going back to school…! Gonna feel lost today without them.”

Omg look how grown up they look!!! At last they are going back to school…!!! Gonna feel lost today with our them… ❤️❤️❤️❤️❤️❤️❤️❤️

One of her followers said: “They look so wonderful, beautiful children. Hope they have the best day x.”

However, others who saw the pictures warned Kerry. Many advised her to cover up the badges on the children’s school uniforms.

One commented: “Aww they look beautiful, but just for their safety you should cover up their school badges xxxxx.”

They look so wonderful, beautiful children. Hope they have the best day.

A second told her: “They look so smart, but seeing as you’re in the public eye, you should really cover up the school logo on their uniforms. Put an emoji over it or something x.”

Someone else put: “Hun I’m not even famous and I black out my child’s school badge when sharing her pic on social media. Just something to think about.”

Another echoed that, writing: “Blur out the school badges on their uniform.”

It follows reports that Kerry’s kids had miss the first week of the school term because of the family’s recent holiday.

The former Atomic Kitten and her brood, along with fiancé Ryan Mahoney, enjoyed a luxury getaway in Spain.

One fan asked if the youngsters would be returning to school with everybody else when they got back to the UK, in light of the ever-changing coronavirus quarantine rules.

Read more: Kerry Katona admits her children will have to miss school after luxury Spanish holiday

They stayed in a £1,000-a-night villa in Granada for Kerry’s 40th birthday. They documented much of it on Kerry’s YouTube channel – including the moment when Ryan popped the question.