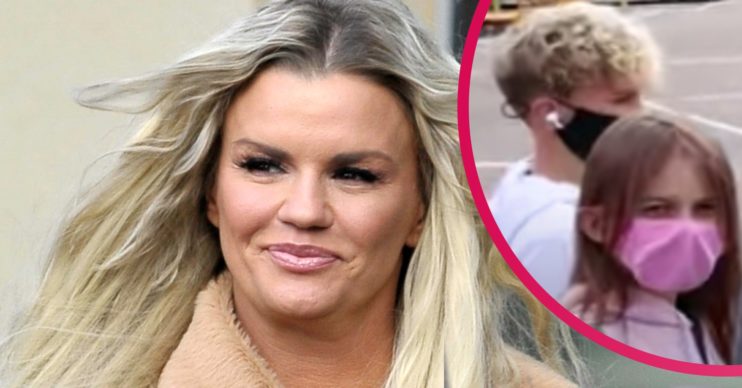 Kerry Katona says her children will be forced to miss their first few days back at school.

The mum-of-five treated her family to a luxury Spanish holiday for her 40th birthday.

But due to new quarantine travel rules, they now all have to self-isolate for two weeks.

A fan on Instagram asked her if her kids could go back to school next week.

The family had stayed at a £1,000 a night villa in Granada for her milestone birthday.

Worth an estimated £15 million, the stunning villa boasted an infinity pool, games room and even a lift.

During their luxurious stay her boyfriend of two years – Ryan Mahoney – proposed.

All caught on camera for Kerry’s YouTube channel, Ryan got down on one knee on her birthday.

She joked: “Are you mad? Are you sure?” before accepting his proposal.

Ryan will be Kerry’s fourth husband

They say they are in ‘no rush’ to have a child but Kerry is open to surrogacy.

She said in an earlier YouTube video: “If I was to have a baby with Ryan, I think I’d go surrogacy.

George passed away from a drug overdose in 2019.

Kerry recently described all of her ex-husbands as ‘dogs’.

Speaking again on YouTube, the former Atomic Kitten singer said: “My first husband left me for another woman.

“Doesn’t pay a penny. Only sees his kids twice a year. Dog.

“Second one. Doesn’t see his kids. Ripped me off. Doesn’t pay a penny. Dog.

“Third one. May be dead. Beat me up. Blah blah blah. Another dog.

“So yes I have married a few dogs.”