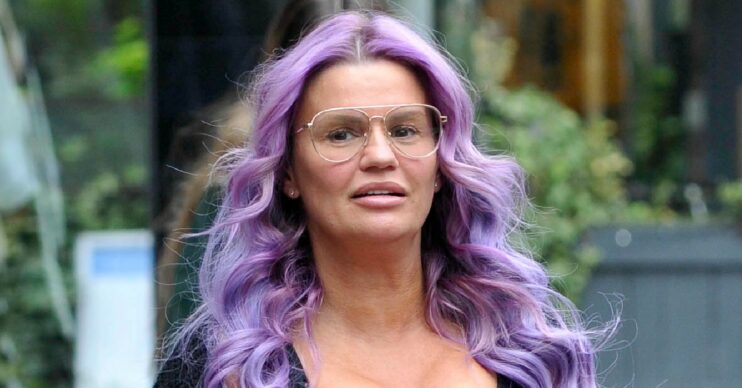 The star had a reduction less than two weeks ago

Kerry Katona has been rushed into hospital following her boob reduction surgery.

The former Atomic Kitten star, 41, went under the knife less than two weeks ago to downsize from a triple D.

But on Friday night (May 13), Kerry revealed she was back in hospital again.

Taking to Instagram, the star posted a snap of a cannula in her arm with a drip attached.

Cryptically, Kerry did not reveal the exact reason behind her hospital dash but said: “Not really where I wanna be.”

The mum-of-five, who appeared to be wearing pyjama trousers, added several crying emojis to her post.

ED! has approached Kerry’s representative for comment on this story.

At the beginning of the month, Kerry underwent breast reduction surgery.

Meanwhile, five days ago, Kerry recorded a video for her fans and said her recovery was going well.

Wearing a baggy jumper, she said: “I’m still recovering, the stitches are amazing. My back feels great, there’s nothing there. I’m really in the itty bitty t*tty club!”

She went on to praise the private cosmetic clinic that performed her operation, describing the aftercare as “amazing”.

“I’ve had a text or a phone call nearly every day,” Kerry said. “They’re doing me b*stard head in now – only joking!

“They have been so amazing with me. I’m so happy.”

In addition, Kerry shared: “They were just too big and looked ridiculous. They gave me so much backache. These are all mine, there is nothing in there. They’re so, so much better.

“Honestly, it is the best thing I ever did. When they’ve healed properly, they’re going to look amazing.”

Kerry previously admitted her breast implants were ‘ruining her life’ and giving her severe back pain.

She had attempted to downsize last year but was unhappy with her results.

The star even said she felt her huge breasts made her look like the Honey Monster.

“You don’t know how many times I’ve cried with unhappiness. Every time I put a jumper on I feel like the Honey Monster,” she said in another video.

Following her operation, Kerry received a get well card from her daughter Lilly, 19.

In the message, Lilly wrote: “You really deserved this as I know how uncomfortable you have been feeling in you own skin!”