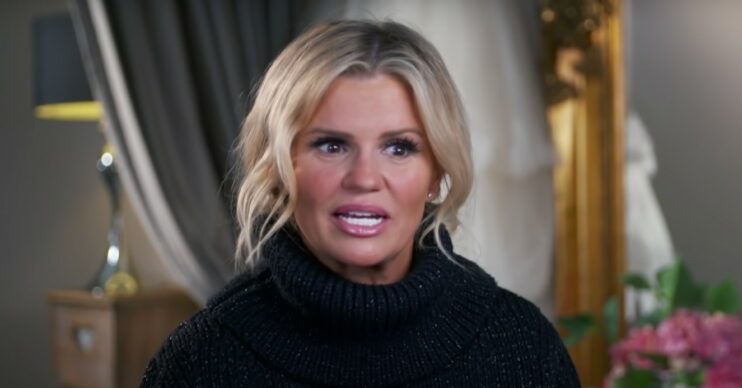 Kerry's confession comes during a difficult period for the star

Kerry Katona has made a heartbreaking confession – that she “doesn’t feel safe in her house” anymore.

The ex-Atomic Kitten star’s sad claim comes not long after having two of her cars stolen.

In a recent column for New! Magazine, Kerry revealed that she doesn’t feel safe in her own home anymore.

The star has had two of her cars stolen recently – with one being pinched from the driveway of her own.

These two shocking incidents have left the 41-year-old feeling as though her anxiety is at an “all-time high”.

Kerry kicked off the column by explaining that she is “fuming” that paparazzi have published pictures of her with her new Lamborghini.

“I wanted to keep it on the down-low, so I begged photographers not to take the pictures after what I went through when my Range Rover was stolen,” she explained.

The mum-of-five then continued, explaining why she was so angry with the photographer.

“The guy who sold the images is basically advertising that I have a new car to steal,” she said.

Kerry previously had her Range Rover stolen while she was out shopping in Oldham just before Christmas.

Eleven days later, her fiancé’s car was stolen from their driveway.

Kerry then continued, writing: “I still don’t feel safe in my house after having two cars stolen – one of which was taken off our drive! My anxiety is at an all-time high. The whole situation has affected me.”

Kerry then went on to say that she doesn’t even want the car now and is trying to sell it.

She said that the car isn’t worth the way she’s currently feeling.

Last week, Kerry issued a desperate plea to her fans after some difficult news.

The star revealed on her Instagram that her mum, Sue, had suffered a heart attack.

In a video on her profile, Kerry explained what had happened.

“Just letting you know for those who aren’t aware, my mum suffered a heart attack on Thursday,” she said.

“She is in hospital as we speak. But she wanted me to let you know she is doing okay. She’s in the best place for her.”

She then asked fans to “say lots of prayers” to keep her mum safe.

“I will see you soon mum,” she added.