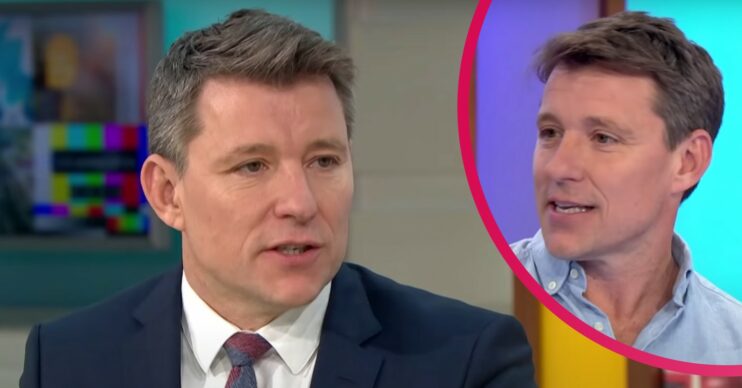 Explained back in 2015 he'd already has his teeth 'sorted'

Ben Shephard suffered a painful leg injury in 2021 after rupturing his ACL that forced him to undergo surgery.

And even though he’s blessed with dazzling looks, it seems the 47-year-old has previously indicated he wouldn’t necessarily be against a different kind of op – for his appearance – too.

Talking to the Mirror back in 2015, Ben – who had just turned 40 at the time – suggested he wouldn’t “rule out” taking action himself as he details how his dad had undergone an eyelid lift.

ITV favourite Ben – who hosts Tipping Point: Lucky Stars this weekend – acknowledged in his tabloid chat that looks are important in his line of work.

Read more: Tipping Point on ITV: How to apply for the Ben Shephard gameshow

But, at the time, he didn’t rule out possible intervention in the future.

He insisted he hoped he’d ‘grow old gracefully’. However, Ben also noted his father – in his early 70s when the interview was conducted – had an op and indicated he felt it was an improvement.

‘You want to look your best on TV’

Ben went on to suggest: “I wouldn’t rule out doing something. I’ve sorted out my teeth now, which my wife had gone on about for years. My wisdom teeth were all smashed up. So I have adjusted bits and bobs along the way.”

I wouldn’t rule out doing something.

Reflecting on the circumstances of having his face beamed directly into viewers’ homes, he continued: “You want to look your best on TV and, fortunately, we have a wonderful team in make-up who can almost reconstruct your face.

“They squirt some kind of acid in my eyes to make me look awake. I think make-up is something that women have kept a secret for too long!”