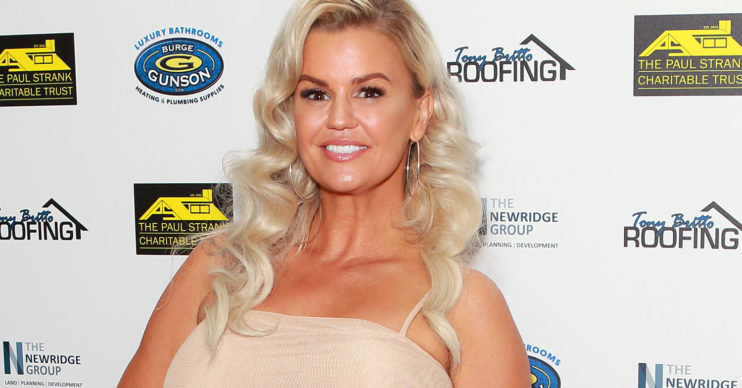 She's so grown up!

TV’s Kerry Katona has wowed her fans after sharing a photo of her grown-up daughter Lilly-Sue.

The mum-of-five posted the snap to Instagram on Wednesday (July 1).

In other images, shared to Lilly-Sue’s Instagram account, the teenager posed in the dress as well as a red gown.

Fans couldn’t believe how grown up her daughter looked, with many saying she’s Kerry’s “double”.

One person said: “Stunning , she is your double.”

Another wrote: “Beautiful girl she’s so grown up now,” while a third added: “Your double!”

One commented: “Omg she’s stunning and so grown up!!! Beautiful.”

Meanwhile, she also has daughter Heidi, 13, and son Max, 12, with her ex Mark Croft.

Kerry has her youngest daughter, Dylan Jorge, with the now late George Kay.

The star was recently praised by fans for sharing unedited photos of herself showing her stretchmarks.

Photos included in the post showed Kerry wearing a crop top and underwear.

“You can see my stretchmarks, my extra pockets of skin but they tell a story.

“My tiger stripes are my babies autograph of where they once lived at my little pockets of fat is a sign of strength of where I’ve been to where I am..”

She added: “The past is the past.. learn from it, move on from it, grow from it!