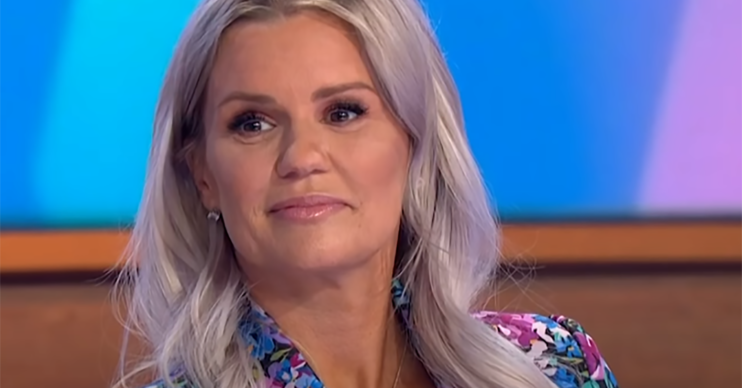 Fans praised Kerry for being so candid

The mum-of-five posted a string of snaps to Instagram as she empowered her followers to embrace their bodies.

Other photos included in the post showed Kerry wearing a crop top and underwear.

What did Kerry say?

“You can see my stretchmarks, my extra pockets of skin but they tell a story.

“My tiger stripes are my babies autograph of where they once lived at my little pockets of fat is a sign of strength of where I’ve been to where I am..”

Not gonna lie my confidence has gone through the roof @skinnyjab ❤️❤️❤️❤️

She added: “The past is the past.. learn from it, move on from it, grow from it!

Another wrote: “Stretch marks are lines of loves. That’s what they are called in our house.”

A third added: “You have transformed yourself. Brilliant effort. You look 20 years younger.”

However, many fans began speculating the star may be expecting.

Another said: “Oh Kerry, you’re not expecting another bubba are you?”

However, the star hit back and wrote: “Absolutely not!!!!!”

Kerry, who has been dating Ryan Mahoney for two years, has her eldest kids, daughters Molly, 18, and Lilly-Sue, 17, with ex-husband Brian McFadden.

Meanwhile, she has son Maxwell and daughter Heidi with ex Mark Croft.

She has Dylan Jorge with the now late George Kay.