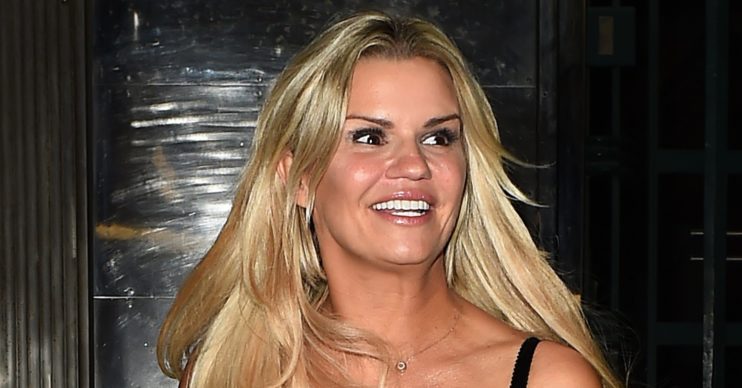 Kerry Katona engaged to Ryan Mahoney after two years together

Kerry Katona has got engaged after her boyfriend Ryan Mahoney proposed.

The couple have been together for two years and he got down on one knee on their holiday to Spain.

This will be Kerry’s fourth marriage, having previously been wed to Brian McFadden, Mark Croft and George Kay.

A source told OK! online: “Ryan is really close to all of Kerry’s kids so he made sure he involved them before asking for Kerry’s hand in marriage.

She’s currently living it up in a “super villa” in Spain and Kerry will certainly have enjoyed some romantic nights in with Ryan!

Kerry – who turns 40 next week – met the personal trainer on dating app Bumble and, after one little bump in the road a few months in, seems happier than ever.

The former Atomic Kitten singer – who is a mum of five – hasn’t had the best of luck when it comes to men.

So, during her break from Ryan, Kerry appeared on E4 dating show Celebs Go Dating, where she met dating guru Anna Williamson.

She also revealed she’s happy Kerry is finally in a good place when it comes to her love life.

Kerry appeared on the dating show back in March 2019, a few months before she announced she had reunited with Ryan.

So does Anna take the credit for Kerry’s change in luck in her love life?

“Of course one would always want to blow one’s trumpet,” she laughed.

“Who knows. All we do is give the guys our two pennies worth and we’re always there for them at the end of the phone.

Read more: Low-income Brits will be paid just £13 a day to self-isolate

“Once you join the agency, the celebs are always on our DMs and speed dial,” she added.

Kerry really wanted to do a lot of change work when she came into the agency. It’s lovely to see she’s in a really good relationship.

She continued: “Kerry really wanted to do a lot of change work when she came into the agency. It’s lovely to see she’s in a really good relationship.”

Anna revealed she’s spoken to Kerry since things got serious with Ryan and added: “I’m very, very proud of her.”

“It’s interesting,” she added, “some celebs, you can see the ones who really embrace a lot of the change work that Paul and I suggest and Kerry was one of them.