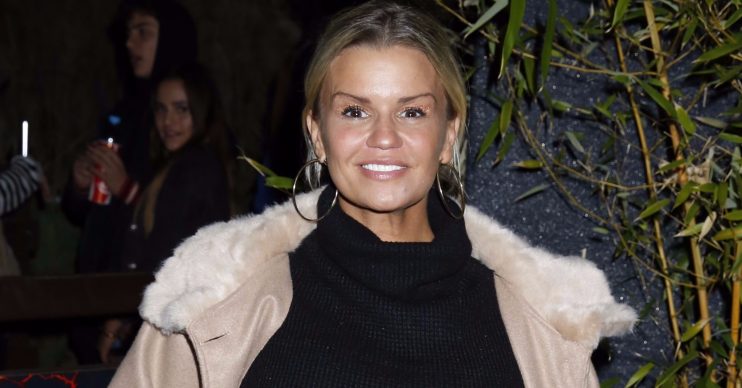 Kerry Katona begs Corrie bosses to give her a role

She said she could be the new Rovers Return barmaid!

Kerry Katona has said she wants a role in Coronation Street.

The 39-year-old singer has confessed she would love to star on the ITV soap, as she responded rumours that Corrie legend Bet Lynch (Julie Goodyear) could be returning.

Writing in her column for new! magazine, she said: “So Corrie wants to bring back Bet Lynch, eh? I remember watching Julie Goodyear, who plays her, in Celebrity Big Brother and I wasn’t that impressed with her personality, but there’s no denying Bet was a fantastic character.

Read more: Kerry Katona vows to ‘better herself’ as she trains to be a life coach

“However, I just can’t see her being able to recapture the magic of the glory days. I wonder if she’s now too dated?

“We’ve moved forward so much I don’t know if there’s room for Bet in the show. I could be the new Rovers barmaid, instead! I’ll be the bipolar Bet Lynch!

“And leopard print is definitely my pattern.”

It comes after it was revealed bosses want to bring Bet back to the cobbles.

Series producer Iain MacLeod told the Daily Star Sunday newspaper: “Bet is an icon. The idea of bringing her back is talked about occasionally. As any ‘Corrie’ viewer would say, she is up there in the pantheon of ‘Corrie’ greats.

“So it’s always tempting to bring her back.”

However, even if Julie doesn’t appear on the soap again, Iain is confident he’s still got a great cast that can take ‘Coronation Street’ forwards.

He reflected: “I’m very happy with the cast that we’ve got. We have a very strong hand of cards to play, so I’m enjoying making the best of it.

“People are always asking me about what will be next for those characters. We have got more than enough talent on the show at the moment.”

Gonna take a year but I’m gonna give it ago!! Really want to better myself so here goes….. wish me luck 🙏❤️😘

Read more: Kerry Katona hits back at reports she’s ‘desperate for kids to do Love Island to make money’

Captioning the image of the enrollment form, Kerry said: “Gonna take a year but I’m gonna give it a go!! Really want to better myself so here goes….. wish me luck,” followed with praying, heart and kiss face emojis.

The description of the course states that “the student will gain a firm grasp of what life coaching is m and how to use it to help a variety of client groups”.