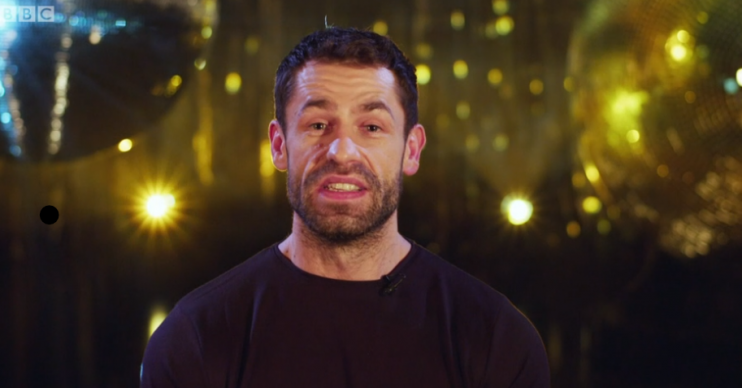 Everything is just fine, okay?

When Kelvin Fletcher’s wife Eliza Marsland unfollowed him on Instagram, rumours flew that she was unhappy after the actor had a late night out with dance partner Oti Mabuse.

The pair, who won the Strictly Come Dancing glitter ball last year, partied on Friday night at the Soho Sanctum Hotel in London.

But now Liz has set the record straight. She told Good Morning Britain‘s entertainment presenter Richard Arnold that there was nothing sinister in her decision to unfollow her husband of five years.

She was just upset that she was at home with the kids while he was out having fun.

Richard said: “Kelvin Fletcher’s wife has weighed in to dispel rumours on the Strictly curse.

“It comes after Liz unfollowed her husband on Instagram following pictures showing him a late night out with his partner Oti.

“She has since made clear that she was just upset that she was at home with the kids while he was out having fun and that she trusts her husband completely.”

He then cheekily added: “Mute the feed love, don’t unfollow him, I do it all the time.”

We did it! Never in a million years did I think I’d be dancing in an arena in front of thousands of people! What an incredible experience and what pure joy it was to dance with @jmanrara We laughed so much and I know I’ve made a friend for life. This marks the end of my whole strictly journey and what a way to end. Thank you from the bottom of my heart to the creatives, crew, pro dancers & fellow cast. Most of all I’d like to say a BIG thank you to the fantastic #Strictly fans! ❤🙌🏻🕺🏻 And finally it just leaves me to say……. keeeeeep dancing! 😜 @bbcstrictly @strictlycomedancinglive

Perhaps it is no wonder Liz was getting  a bit fed up. Kelvin, who first came to fame playing Andy Sugden in Emmerdale from 1996 to 2016, has been away on the Strictly Come Dancing tour.

While he has been dancing with partner Janette Manrara, Liz has been looking after their two children, Marnie, three, and Milo, one.

But he has taken to social media to show that his mind isn’t just on the sequins and glitter of the Strictly show.

Only four days ago, Kelvin posted a cute picture of his family, with the caption: “Counting down the days until I’m back home with my family.”

Don’t worry, Liz, he will soon be back. And in the meantime, there is always the mute button.

What do you think of this story? Head to our Facebook page @EntertainmentDailyfix, and leave your comments.