Kelvin Fletcher has gushed over his wife as he appeared to shut down Strictly Come Dancing 'curse' rumours with partner Oti Mabuse.

The former Emmerdale actor is competing on the BBC show with professional dancer Oti and some viewers were convinced they had spotted a clue the pair were going to be struck by the so-called curse.

During the results show earlier this month, fans spotted Kelvin stroke Oti's hip as they waited nervously to find out if they had been saved from elimination. 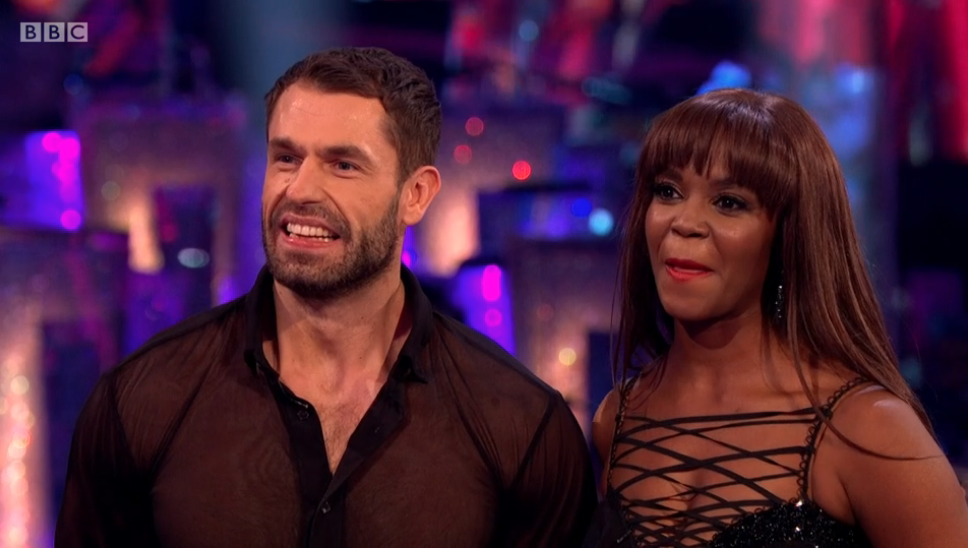 However, now, Kelvin has squashed 'curse' rumours as he paid tribute to his wife Liz Marsland on Instagram.

Alongside a photo of Liz and their baby son Milo, Kelvin wrote: "Wonder Woman," followed by a red heart emoji.

It comes after viewers called out Kelvin for rubbing Oti's hip.

One person said on Twitter: "Is it just me who noticed Kelvin stroking Oti's hip with his finger?" while another wrote: "Kelvin, I see that thumb. #Strictlycurse."

A third said: "I think we know which couple is going to be struck by the strictly curse... Oti and Kelvin are [fire emojis]."

Kelvin and Oti are current favourites to win the series this year.

During last weekend's show, the pair bagged 33 points for their Cha Cha to Get Stupid by Aston Merrygold.

Is it just me who noticed Kelvin stroking Oti's hip with his finger?

He told The Sun Online: "Why else do we watch Strictly? You've got these people and they have to look so majestic and beautiful and endearing, and the story looks like: 'Oh there's something going on there.'

"If you've not bought into it, then there's something missing.

Read more: Kelvin Fletcher is 'still being lined up to appear on Dancing on Ice'

"So I absolutely expect, and I hope, that people watch me and Oti and see whatever narrative it is – whether that be that we're in love – I want people to believe it."

He added that his wife Liz would share his view.

He said if there's "not that feeling there, my wife will be the first person to pull me up on it, because she absolutely wants to believe it too".