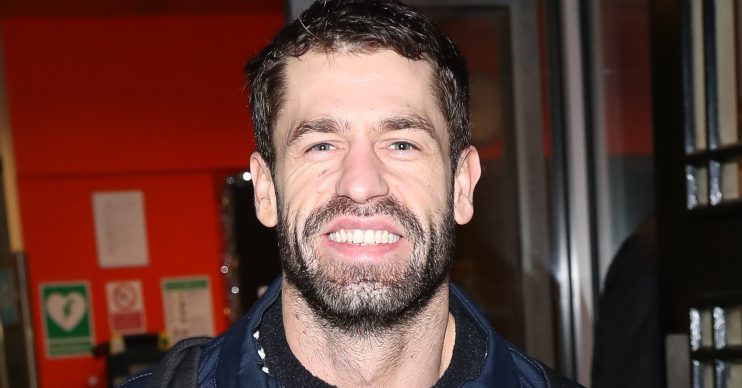 The family are in Dubai

Kelvin Fletcher has jetted off to Dubai with his family after winning this year’s Strictly Come Dancing.

The former Emmerdale actor recently revealed he would be whisking his wife Liz Marsland and their two kids – daughter Marnie and son Milo – on a festive getaway.

Kelvin shared two photos to Instagram – one showing him standing by the pool as his little girl Marnie kissed him on the cheek.

The second shot shows the family of four as Marnie looked like she was shouting while Milo tried to put his finger in Liz’s mouth.

Kelvin captioned the post: “Not a moments rest but who cares!”

I definitely want to take them away and just see them and hold them.

It comes after the star told Hello! magazine: “I’m going on holiday next week with my family for just a few days. I’ve felt a little bit guilty being away from them so I definitely want to take them away and just see them and hold them.

“It still feels just so surreal, and when you don’t expect something and it happens it’s just really quite hard to take. I wish I had more words in my vocabulary to explain how I feel.”

Earlier this month, Kelvin was crowned the winner of Strictly alongside his professional partner Oti Mabuse.

Speaking about his win during an appearance on Heart Breakfast, Kelvin said: “It still feels quite surreal. I remember standing there Saturday night and just before they announced the winner I was thinking, ‘what am I doing here? This is just crazy.’

Read more: Strictly winner Kelvin Fletcher vows to give up dancing to concentrate on acting career

During his time training for the show, Kelvin was forced to miss huge family occasions including his fourth wedding anniversary with Liz and his son Milo’s first birthday.

Meanwhile, following his win, Kelvin vowed to give up dancing as he wants to make a return to acting.