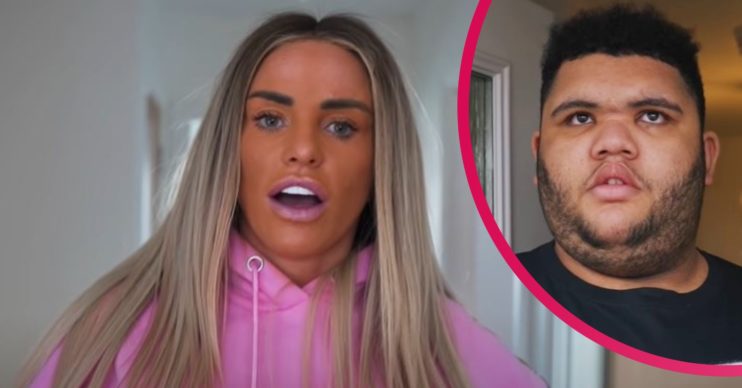 Harvey's an artist in the making!

Harvey, eldest son of Katie Price, has sent his mum an adorable alphabet drawing and fans are impressed.

The mum-of-five, 42, posted the cute image up on Instagram and said Harvey had sent her the drawing via iPad.

Harvey is currently in a residential college, where he can get specialised help for his learning disabilities.

What did Harvey draw for Katie Price?

The drawing contained letters of the alphabet, with each letter illustrated by a cute picture.

Harvey had drawn an apple for A, a frog for F and a sandwich for S.

And mum Katie was chuffed to bits with her gift, which she received today (Sunday, March 28).

“Harvey air dropped me the alphabet he drew this morning on his iPad,” she said, adding two red-heart emojis.

“So clever,” she gushed.

How did Katie’s fans react?

It wasn’t long before some of her 2.5million fans took to the social media site to share their delight at the 18-year-old’s impressive drawing.

One wrote: “Bless his heart – Q for cucumber. He’s done his sounds perfectly!”

Another cooed: “Such a darling!”

“That’s so cute and amazing,” a fourth wrote.

Finally, one fan said, “OMG I love him” followed by a hearts-for-eyes emoji.

Although the bond between Katie and her first-born child is there for all to see, and she’s dedicated mum to her four other kids, the model and businesswoman has hinted that baby number six is on the way.

Appearing on Steph’s Packed Lunch last week, she addressed rumours a cryptic Instagram post meant that she was pregnant.

“Anyone can speculate what they like. Pictures can be deceiving in lots of different ways.”