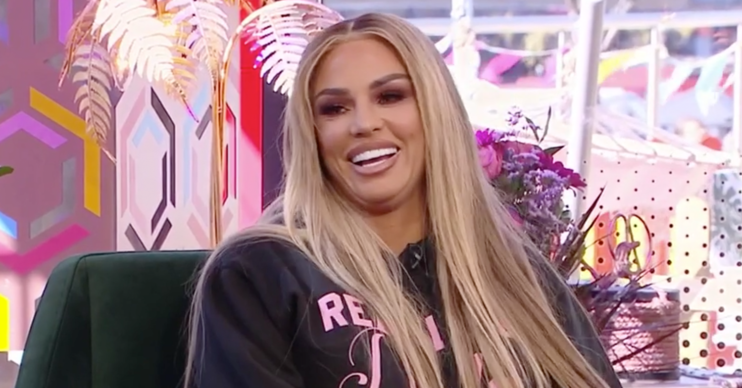 Is Katie Price pregnant? Model finally breaks her silence on those baby rumours

Could we hear the pitter patter of tiny feet soon?

Katie Price fans have been wondering if the star is pregnant after she shared a picture of herself sporting a more rounded tummy.

The mum of five shared the snap to Instagram, which showed her with her hand resting on her stomach.

Tongues started wagging over her caption for the picture.

It read: “Happy and healthy ❤️❤️❤️❤️ it’s the best feeling ever I thank @carljwoods for being part of me.”

And now Katie has finally responded to the rumours that she is in fact pregnant with baby number six.

On today’s Steph’s Packed Lunch (March 24), Katie broke her silence about the rumours.

Host Steph McGovern asked the model about the picture she shared to Instagram and asked her about the rumours.

Katie commented: “I’ve put on weight. Anyone can speculate what they like. Pictures can be deceiving in lots of different ways.”

Steph then asked whether Katie had deliberately intended to spark speculation by omitting certain details in the post.

Katie replied: “It was literally a picture, and everyone was saying you’re pregnant.

Katie then revealed that she has put on weight – much like the rest of us during lockdown.

She told Steph: “I genuinely have put on weight. I’ve put on two stone and I absolutely hate it.”

Katie added: “And I’m fed up of moaning about it, but then I say that whilst I’m eating a burger so I can’t help myself.”

Is Katie trying for another baby?

Katie has made no secret of the fact that she is trying for her sixth baby.

It’ll be her first with boyfriend Carl Woods.

He was recently spotted out buying a pregnancy test.

She is already mum to Harvey, Junior, Princess, Jett and Bunny.