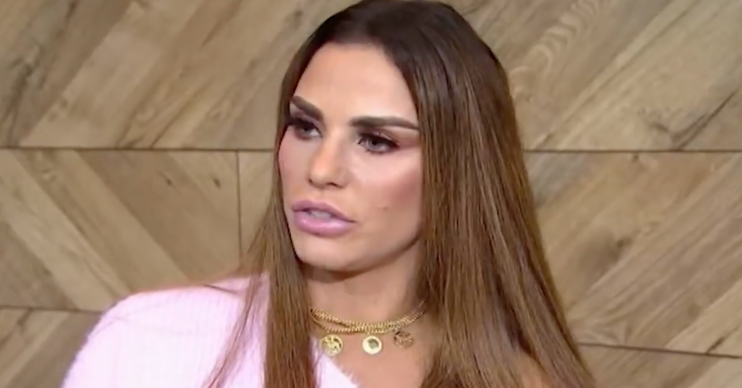 Mum-of-five Katie Price has made an emotional plea for online trolls to stop targeting her disabled son Harvey.

Harvey, 17, is autistic, partially blind and suffers from Prader-Willi Sydrome, which affects his growth.

Katie and Harvey appeared on Channel 5 News to announce that Harvey is now an ambassador for autism charity Anna Kennedy Online.

And, during the appearance, Katie revealed how she feels about the horrendous abuse that Harvey has been subjected to.

Read more: Viewers hit out at I’m A Celeb hosts Ant and Dec and say they’re “too big for their boots”

“It’s just so shocking,” she explained. “He’s innocent, he wouldn’t harm a fly.”

And, while she hates the trolling, Katie revealed that she thinks “it’s good” that Harvey is in the public eye.

It’s so shocking. He’s innocent, he wouldn’t harm a fly.

“I think it’s good that he’s in public eye because there’s so many people out there who are scared, they don’t know how to cope or they don’t go out because they think people might look at them,” she said.

Katie added: “Why should Harvey be hidden away? Everyone loves him, he’s got such a following. Just because of his disabilities, why should be be treated any different?”

Harvey also revealed what he thought being an ambassador meant.

“Don’t be horrible,” the teenager told the cameras.

Be sure to watch @c5news from 4.45pm and 6.30pm tonight as me and Harvey speak about how he has been made an Ambassador for autism charity @annakennedyobe @eleanorgnews

Katie – who is campaigning for Harvey’s Law to fight online trolling – recently asked her fans to “name and shame” a troll who called Harvey “fat”.

Harvey, too, has taken to Instagram to send the same message, asking his mum’s followers to not be “horrible”.