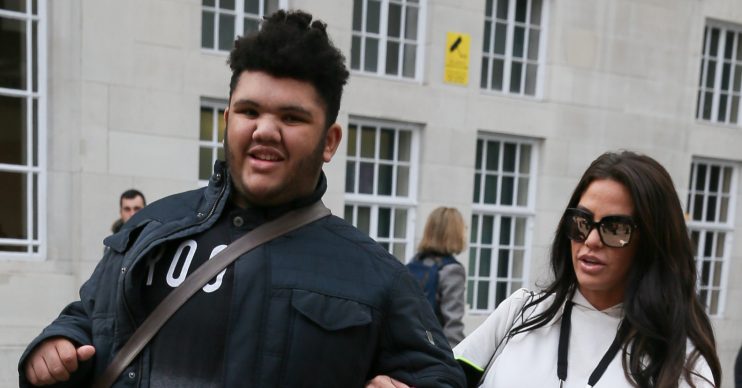 The 17 year old has been targeted again

Model Katie Price has begged her fans to “name and shame” a vile troll who targeted her disabled son Harvey.

Posting a screenshot of the message and the woman’s profile, Katie appealed to her followers for help tracking the person down.

The troll – who sent Katie a private message replying to her Instagram Story – claims to be a health and social care nursing consultant.

Mum-of-five Katie said: “If anybody knows this person or works with this person, I would question her job.”

She added: “This is exactly what she said about my son Harvey. Name and shame her.”

Katie shared the message the troll sent, blaming her for Harvey’s weight and calling her a “sl*g”.

What has my son Harvey done to you to deserve this?

The vile post continued: “This boy will always be fat and have a foul mouth all because of Katie. That sl*g!”

Harvey, 17, suffers from Prader-Willi syndrome. People with the genetic disorder feel constantly hungry and, as a result, often suffer from obesity and diabetes.

He is also autistic and partially blind, with his septo-optic dysplasia also affecting his growth.

She also hit out at comedian Dapper Laughs, who is publicising his upcoming fight against singer MC Harvey.

Katie claims one of Dapper’s friends doctored the promotional poster for the fight, replacing MC Harvey with Katie’s son and poking fun at him.

Katie hit out: “His comment really upset me. What has my son Harvey done to you to deserve this?”

Had the best weekend with my kids at Autism’s Got Talent💕 @officialmrharveyprice loved taking part & playing the keyboard 😘 my clever boy! Photo Copyright © Backgrid

She added: “How would you feel if your godson had an accident or got ill and then had a life-changing condition and people mocked him. Would you like it?”

As a result of the cyberbullying Harvey has received in the past, Katie started a petition to make online abuse a criminal offence.

At the start of the year, she won the backing of MPs on a parliamentary committee for Harvey’s Law.

Opening up on This Morning, Katie recently revealed that Harvey was “6ft 2in, 24 stone and still growing”.