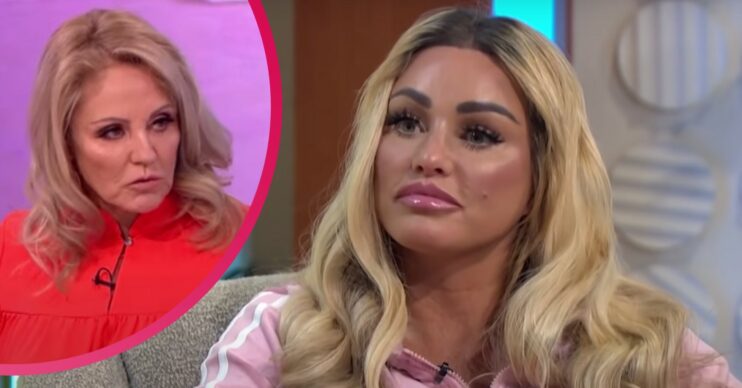 It's a big one

Katie Price has paid tribute to her terminally ill mum with her new tattoo.

Ex glamour model Katie was recently snapped getting inked during her holiday on Koh Samui in Thailand.

She is currently abroad with her man Carl Woods and, according to reports, spent three hours getting the new body art yesterday (Thursday March 10).

The Sun reports Katie, 43, has had images of lilies, daffodils and hyacinths added to her forearm.

It cost her around £180 and is the largest tattoo she has ever added to her body, covering her right arm from her wrist to her elbow.

Apparently the new ink looks like a wallpaper design her mum Amy selected for a room – decorated with ‘tropical’ wallpaper and bamboo-style furniture – in Katie’s Mucky Mansion.

A source told the tabloid: “Everyone’s calling it the ‘royal room’. Amy’s putting her own spin on the design. It’ll be a special tribute room to Amy so Katie always has a memory of her in the house.”

In addition to being a fond nod to her mum, reports also suggest Katie’s new tat will also cover up another of her reported 13 tattoos.

Other tatts she already has include garter belt on her thigh, a bow above her bum. Katie also has a crown on her right hand.

She also has a picture of Carl’s face daubed on her arm – and he has a matching one of her on him.

The Sun claims the new markings on her forearm will obscure an inking Katie picked up in 2017 during a trip to Florida.

It is believed Katie already had a heart monitor tattoo where her new tattoo is placed.