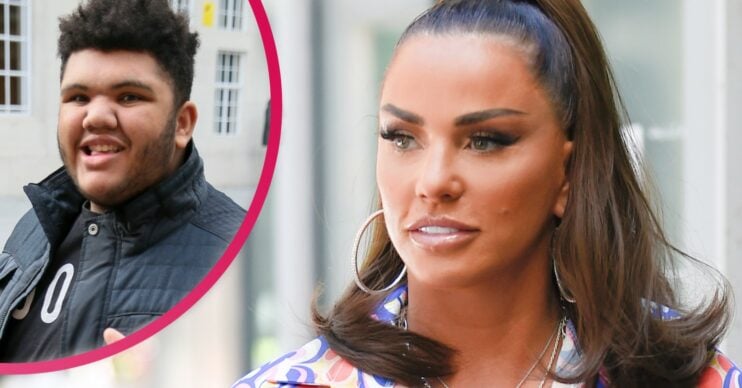 Katie called the man a 'coward'

Katie Price vowed to “fight for justice” after the person who shared a video savagely mocking son Harvey was cleared of any wrongdoing in court.

The mum-of-five took to Instagram to blast the accused, calling him a “coward”.

What did Katie Price say about the person who trolled son Harvey?

In a lengthy message, Katie captioned an image from the BBC documentary Harvey and Me, showing mother and son together.

She said: “Firstly I would like to thank Sussex Police for their hard work and efforts in bringing unacceptable online abuse to the courtroom today.

“It is unheard of for a stranger to walk down the street hurling racial or similar abuse at a complete stranger.

“The government needs to take urgent action TO STOP these faceless keyboard warriors from emotionally harming innocent and vulnerable people from the safety and comfort of their own home.”

Katie continued: “Trolling and online abuse is unacceptable, Harvey’s Law and Track a Troll are steps towards the much-needed regulation of online behaviour.

“I hope that today’s case has shone a spotlight on the issues that need urgently addressing and that those found guilty of these actions will now be held accountable by law.

“Today’s outcome was indeed a blow and only drives me onwards to fight for what is right – for justice.”

52-year-old Philip Lewer posted the video on Twitter after it appeared on his WhatsApp last year.

The video showed two people – neither Lewer – pretending to be Harvey and Katie, and mocking the teen’s speech and language.

However, the judge cleared Mr Lewer after he apologised and said he did not mean to offend.

Katie also branded him a “coward” as she left the courtroom in Hastings.