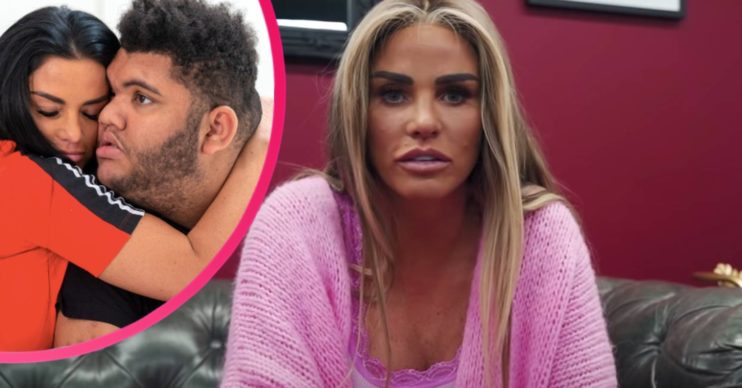 The former Loose Women star gushed about her eldest

Katie Price has shared an adorable video of her son, Harvey, on Instagram.

Harvey Price turned 19 this week, and Katie’s been busy helping him mark the special occasion.

Harvey, whose dad is ex-footballer Dwight Yorke, is disabled and lives with the genetic condition Prader-Willi Syndrome.

On Saturday, the former glamour model took to Instagram to post a picture of the teenager performing to a crowd of people.

In the adorable clip, Harvey is wearing a bright red tracksuit and has a pair of frog eyes on his head.

He then sings along to the track Tadow by Masego and FKJ while an audience cheer: “Go on, Harvey.”

Alongside the video, TV star Katie wrote: “Harvey loves singing and looks cool in his @bigclothing4u_.”

Katie regularly shares updates of how Harvey is doing, and fans can’t seem to get enough.

Commenting on the post, one wrote: “What a darling! Well done Harvey.”

Meanwhile, a second responded: “Such a beautiful soul! Harvey brightens my day.”

Earlier this year, Katie gave a glimpse  into their daily life in BBC documentary Harvey and Me.

Earlier this week, Katie took to Instagram to wish Harvey a happy birthday.

She posted a selection of cute family pictures from over the years and turned them into a little video montage.

She captioned the heart-warming post: “Happy Birthday to my absolute world, Harvey on his 19th birthday.

“No matter what situation I’ve been in he has been there for me and kept me going, we are a team I love you so much Harvey.”

He captioned a snap of the two of them holding hands: “Happy 19th birthday mate @officialmrharveyprice. I’ll see you soon for some [cake emoji].”