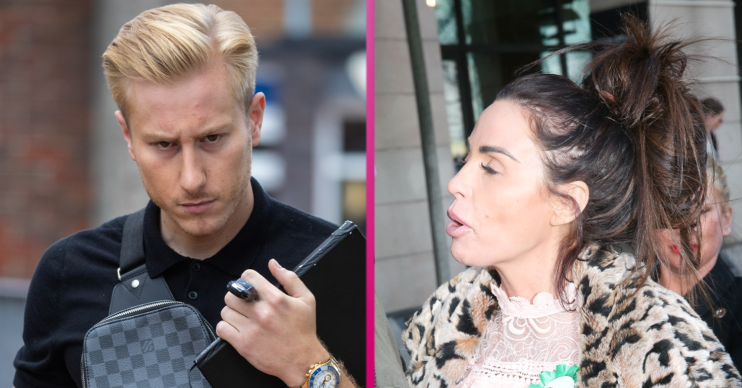 Former glamour model Katie Price is furious at ex Kris Boyson after he posted a get well soon message to her poorly son Harvey.

He had posted a message on his Instagram stories: “No matter what happens in the past I wish my little mate a speedy recovery. HP.”

Harvey, 18, has been in intensive care since this weekend.

Taking offence Katie re-shared the story to her own followers with an angry message accompanied.

She added that he had yet to reach out to her personally about her son’s wellbeing.

Katie wrote: “@KrisBoyson this is such a cheap way of wanting press on the back of my son being in intensive care to give yourself media coverage and to make it look like you care!

“You could’ve messaged privately to me or my family and still haven’t!

“You didn’t care if my kids had a mum or not due to your actions four months ago so go [bleep] yourself, you fame-hungry, wannabe [bleep].”

A source further elaborated Katie’s displeasure at Kris’ actions to The Sun.

They said: “If he really cared, he’d contact her in private to ask about Harvey and send his well wishes that way.

“Instead he put it on Instagram. She thinks he’s doing it to look good in front of fans.”

Harvey was rushed to hospital over the weekend after suffering a temperature of 42 degrees.

This comes just weeks after he was taken to hospital via an ambulance after suffering chest pains.

Katie’s eldest child, he suffers from Prader-Willi syndrome. He is also partially blind and is autistic.

However, he remains in intensive care, but is now in a stable condition.

Kris and Katie had an on and off relationship from summer 2018, and were even briefly engaged in July of last year.

They broke up in November and Kris has gone on to date Bianca Gascoigne.