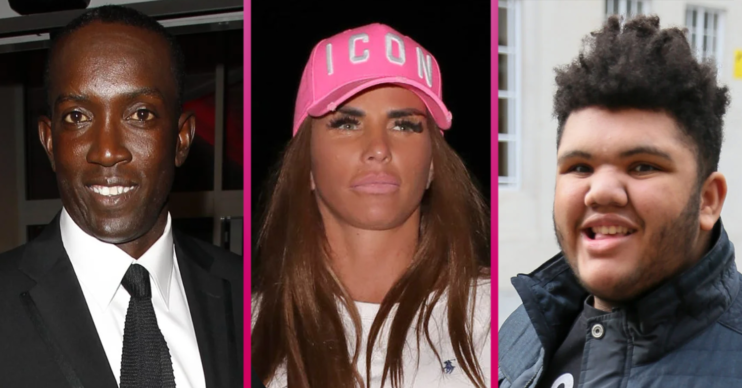 Despite not having a relationship with the 18-year-old, Katie had hoped Dwight would have contacted her for an update.

Instead, the former footballer took the time to appear on TalkRadio to speak about Manchester United’s football match against Southampton on Monday night (July 13).

An insider told The Sun: “Katie’s furious – she can’t believe that Dwight didn’t even bother calling to check on his son.

“Harvey is fighting for his life and is suffering serious health issues and Dwight’s just ignoring the whole situation.

Harvey is fighting for his life

“It’s not like he is busy or doesn’t know – it’s been front page news and he found the time to call into TalkSport.

Katie, 42, shared the devastating news on Sunday (July 12) that her son had been rushed into hospital with breathing problems.

She has since taken to Instagram to update her followers on his condition.

Addressing her 2.2million followers today (July 14), Katie said: “Hey Thank you for all your messages , I can confirm Harvey still in intensive care, he is more comfortable, it’s hard as due to limited visiting hours and covid I can’t be by his bed side.

“But he is being brave and strong, and able to face time him, I’ve let him know he has so much love and support and thank you 🙏 ❤️❤️ .”

Harvey suffers from Prader-Willi syndrome, autism and is partially blind.

He was taken to Epsom hospital over the weekend after his temperature soared to 42C.

Following the news, a source told The Sun: “Katie has been preparing herself for this moment all his life and she’s been told Harvey is in a perilous condition.

“She’s been here before, but this time it’s far more serious. She’s trying to be tough and strong, but inside she’s falling apart and feels helpless.”

It certainly isn’t the first time Harvey has been let down by Dwight.

She wanted the Manchester United footballer, 48, to build a relationship with Harvey as he doesn’t “deserve” to be “ignored”.

In a video posted to her Instagram account, Katie asked her eldest who he wanted to speak to.

He replied: “Daddy Dwight. I love you Daddy Dwight, you look beautiful.”

She captioned the video: “Anyone who knows @officialdwightyorke19 please get him to contact his son Harvey doesn’t deserve this, he see’s his other son Tiger so I don’t understand! He does charity work for different kids charity yet doesn’t see or support his own son. I don’t get it!”

Why does Dwight Yorke not see son Harvey Price?

Katie then put out another plea on social media as she told her ex it is “never too late” to spend time with Harvey.

She said: “@officialdwightyorke19 please see your son get in contact have a heart as Harvey doesn’t deserve the fact you see your other son and not him! You’re always welcome and never too late!

Read more: Katie Price thanks fans for support as son Harvey is ‘tested for coronavirus’

“Why can’t Harvey meet his brother?”

It was also believed Katie wanted Dwight to reunite Harvey on the teen’s 18th birthday earlier this year.

Harvey was four the last time his father saw him, with Katie claiming that Dwight never wanted to be part of their son’s life.