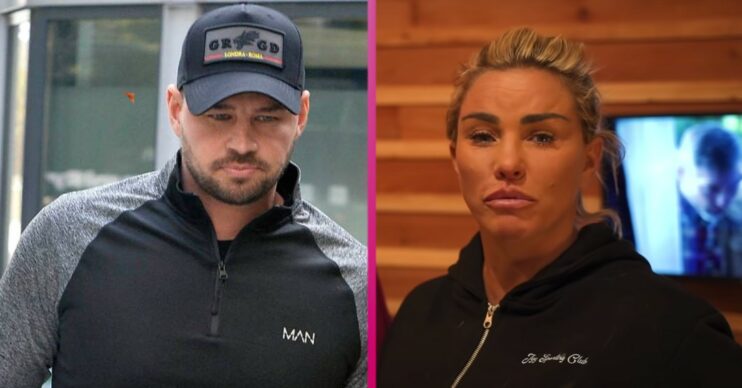 The couple got engaged in April

Katie Price has rubbished claims about Carl Woods after spending the festive period with her nearest and dearest.

The 43-year-old hit back at reports that her family ‘disapprove’ of Carl in an Instagram story today (Tuesday, December 28).

What has reported about Katie Price?

“Social media is able to destroy our generations ability to be happy,” he captioned the post.

“Creating jealous behaviour over illusions. Some people can become envious of things and lifestyles that don’t even exist,” he continued. “I hope everyone enjoyed their Christmas for what they had no matter how big or small.”

Katie’s comment on the post is what drew some people’s attention. She said: “People have tried to intervene with us but has only made us stronger.”

How did Katie Price hit back at the rumours?

Katie took to her Instagram today to hit back at the “untrue” story about her family disapproving of Carl.

The star took a screenshot of the offending news story and had her say. Katie’s words were then shared with her 2.6 million Instagram followers.

“My family don’t disapprove of @carljwoods and I haven’t this at all,” she said.

What else has the mum-of-five been up to recently?

Katie spent Christmas with Carl and just one of her five children this year – Harvey.

Katie reunited with Junior and Princess on Boxing Day though, as she spent the day with her family. Katie posted numerous family photos to her Instagram on Boxing Day, giving fans glimpses of her day.

Read more: Katie Price spending Christmas with just one of her children

Amongst the photos were sweet family snaps with Katie’s mum, Amy, as well as pictures of Harvey cuddling his siblings. Another picture showed Harvey getting a hug from his step-grandfather, Paul, who was dressed as Santa Claus.

“This is what Christmas is all about,” Katie captioned one of the photos. “Being with family.”