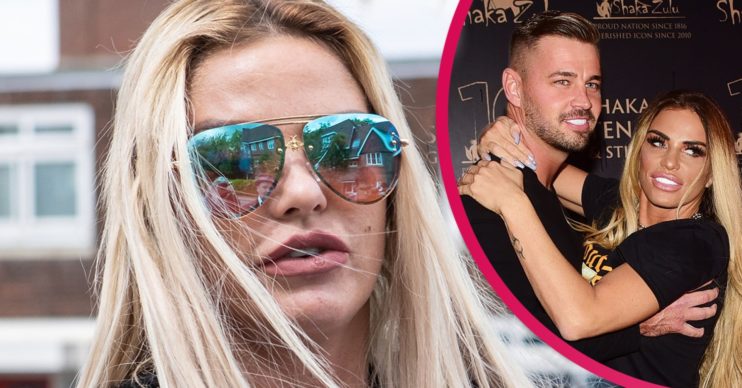 Katie Price is defending her man!

Katie Price has hit out at a magazine over what she says are ‘untrue’ claims about her and boyfriend Carl Woods.

The former glamour model, 42, took to social media to demand that her fans don’t buy the popular magazine.

Fuming, she shared on her Instagram stories her disapproval of the article.

In view of her some 2.3 million followers she said: “Everyone. Do not buy Closer magazine this week.

“The story they have written about me and Carl is absolute million percent untrue.

“Do not buy this trash, loser magazine.”

Katie’s surprise lashing out a magazine comes just a week after she graced the cover of OK! magazine.

Here she posed on the cover with new love Carl, 31, and said that she’d finally found the one.

She even said she’s never felt the way she does for the former Love Island star with anyone else before.

Katie told the mag: “I’ve never wanted to show off my love for anybody as much as I do with him.

Katie and Carl met during lockdown, and are believed to have been dating since June.

Read more: Matt Baker returning to The One Show for meaningful cause

In just the past few months, they’ve declared their devoted love for one another many times across social media.

They have their own joint Instagram and YouTube accounts – and even say they want to crack daytime telly together.

Speaking to The Sun, Katie said: “We would own daytime, we are both so relatable, we are real as it is, not better or judge, our experience and Jeez what T shirt haven’t I had, worn and learnt from to help others help themselves?”

Meanwhile Carl said: “I would love the cooking segments, health, family, medical and above all else staying mentally well – teach others to be kind.”

Mum-of-five Katie recently told her fans on Instagram that she’d like to have as many kids as possible with Carl.

And let’s not forget they both now have one another’s faces tattooed on their forearms.