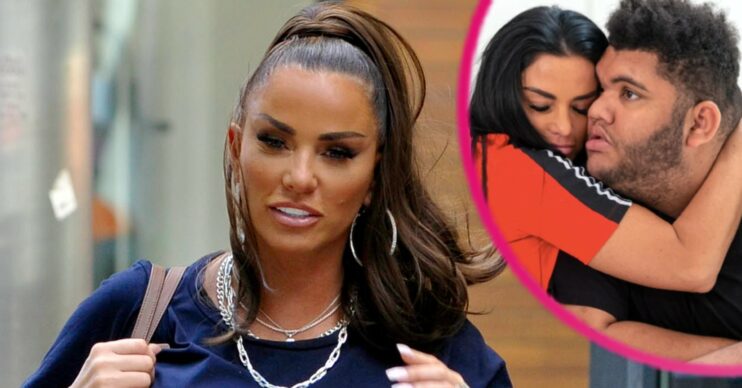 Eight officers have been accused of sharing offensive messages about Harvey

Katie Price has demanded for the police officers accused of making jokes about her son, Harvey, to be ‘sacked’.

Eight London Met officers are currently under investigation over a WhatsApp group, allegedly used to make ‘sick’ comments about the disabled teen.

Now, Katie has urged for the men to be ‘named and shamed’ amid the investigation.

According to the Daily Mail, the officers have been accused of posting racist and sexist jokes, bullying a female co-worker and mocking black suspects.

Their messages first came to light in March this year.

A source told the publication: “They’ve been putting sick jokes in there, pictures of black criminals, but some of the worst stuff was taking the mickey out of Harvey Price.”

Meanwhile, a spokesperson for the Met Police said: “An investigation is underway by officers from the Met’s Department of Professional Standards (DPS) into allegations that inappropriate material was shared by officers in a closed WhatsApp group.”

What did Katie Price say about her son Harvey?

Taking to Instagram today (July 30), Katie appeared furious as she shared a clip of Harvey.

In the video, she said: “Harvey, what do you want to say?”

Harvey, 19, responded: “I don’t like the police being horrible to Harvey.”

I don’t like the police being horrible to Harvey

In addition, Katie captioned the post: “The eight police officers from South London police station should be sacked and named and shamed…

“…after setting up a WhatsApp group just to take the [bleep] out of my son.”

Katie’s followers rushed to show their support, with one saying: “He’s so precious. I absolutely love Harvey!!!”

Another added: “Harvey doesn’t deserve that.”

Furthermore, a third said: “This breaks my heart for Harvey.”

In addition, a fourth commented: “So sorry you’re having to go through this Harvey. Keep being you!”

Katie has continued to fight for Harvey’s Law, a petition to tackle online trolling.

It comes after her son has faced a barrage of abuse from users online.

Harvey has Prader-Willi syndrome, is partially blind and on the autism spectrum.