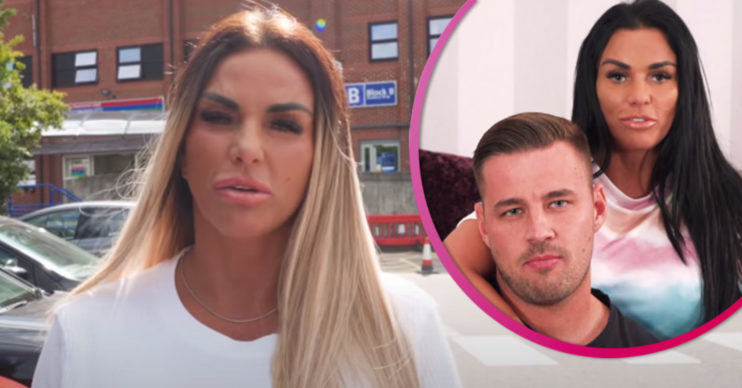 They are reportedly going to Turkey for a sun-soaked break

Katie Price has jetted off on holiday with her new boyfriend Carl Woods and her kids Junior and Princess.

The mum-of-five has had a tough time recently after her eldest son Harvey was taken to hospital with breathing problems.

She’s also had to deal with the tragic death of her daughter Princess’ puppy Rolo.

Katie is now jetting off to Turkey to enjoy some sunshine.

She shared a video to her Instagram Stories as she waited in an airport lounge with Carl and her kids.

Katie said: “Do you know what guys? I love my little baby,” as she pointed the camera to Junior.

Katie continued: “And I love my man,” as she showed Carl.

Katie also posted a selfie of herself and Carl in the airport.

She wrote: “So in love with my boyfriend.”

Meanwhile, Katie was reportedly heartbroken after having to go on holiday without her son Harvey.

Harvey, who has Prader-Willi syndrome, spent over a week in hospital with breathing problems.

However, even though Harvey is on the mend, doctors reportedly declared him unfit to travel.

A source told The Sun: “Harvey will stay at home with his carer and Katie will still go.

Meanwhile a rep for Katie added: “As a mother of five, Katie has learned that she must divide her love five ways.

Harvey will stay at home with his carer and Katie will still go.

“Not any easy task, but she still remains focused on being the best mother to them all.”

Harvey will reportedly stay with his carer while Katie’s other children Jett and Bunny will also stay in the UK.