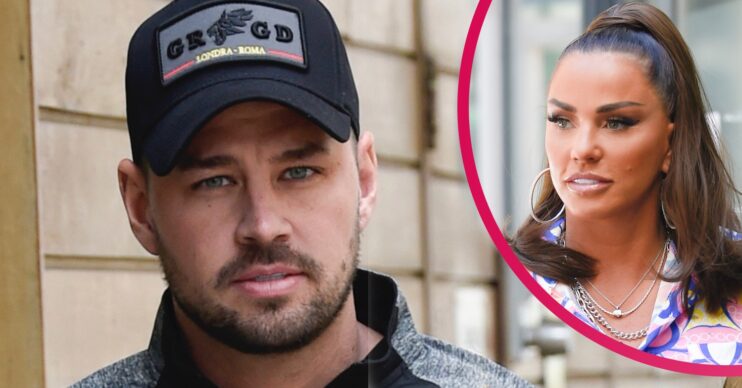 She was reportedly spotted flirting with another man

Katie Price has denied that she has split from fiancé Carl Woods following earlier reports.

The mum of five was allegedly overheard telling friends at the National Television Awards that they were over.

The Sun also claimed that she was seen tipsily flirting with a businessman.

This came just days after Carl broke his silence on Katie’s alleged assault.

Now, Katie has posted on Instagram that the latest news on her relationship is wrong.

She wrote: “It’s such a shame, having such a good night. These awful stories about me coming out.. in fact I never went out and said I’ve dumped Carl.

“This is not true I was actually proud to be with my son Harvey, I wish people would leave me and Carl alone.”

Katie, 42, was taken to hospital last month after the attack at her home.

An unnamed man was arrested on suspicion of assault, and was later released on bail.

Carl hit back at at trolls who have accused him of hitting Katie, saying those people are “delusional”.

In a statement shared to his Instagram, Carl said: “I have remained quiet until now due to the investigation being carried out by the police.

Read more: Katie Price: “No one will ever, ever destroy me again” – heartbreaking words before alleged assault

“However I have found it so difficult to keep quiet on social media due to the speculation and shocking abuse that I have received.

“Anybody who thinks I hit Katie, you’re completely delusional and have no idea of the reality of this situation.

“I have never and never would do anything to hurt Katie. The truth will be told.”

Meanwhile, it comes after Katie also broke silence on the attack last month.

The mum-of-five told The Sun: “I ran away after being punched – I ran to Harvey’s house nearby and have now done damage to my feet, which I previously injured. I can’t say any more.”

Katie explained that she had suffered minor facial injuries, including a bruised and puffy face.

Meanwhile, a man in his 30s was arrested by police on suspicion of assault, theft and coercive control.

He has been released on bail until this month.

Katie and Carl met last year and announced their engagement earlier this year.

The couple had spoken about marriage and babies on several occasions.