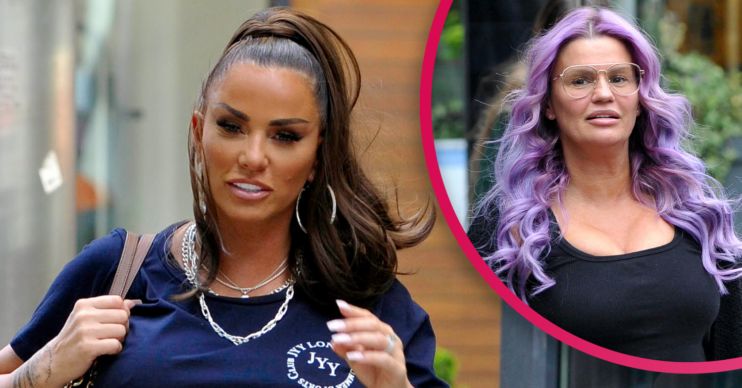 Kerry admitted Katie has always been there for her

It’s been a week since Katie Price was involved in an alleged assault at her home and now her pal Kerry Katona has revealed the support she’s giving her friend.

Katie was reportedly attacked and rushed to hospital after sustaining facial injuries in the alleged assault.

A man was arrested and Katie has since spoken out about her ordeal.

Speaking to The Sun after the alleged assault, Katie revealed her injuries.

She said: “I’ve got a big bruise, my face is all puffy and I went to hospital. I’m still all dazed.”

She added: “I’m devastated. I’ve told the police that I was assaulted and am in shock that this happened.”

Following the incident, Katie has quit social media after falling victim to trolling about the alleged assault.

A source said: “She doesn’t need to be seeing trolls’ comments on her Instagram, so she’ll have a break for a few days and leave it all to her team to post.”

How is Kerry Katona lending support after Katie Price assault?

Kerry told New! magazine that her old pal Katie has always been there for her in her times of need.

And, as a result, she’s determined to do the same now that mum-of-five Katie needs support.

In fact, Kerry revealed that Katie’s pals are all “rallying round” the model in her hour of need.

Kerry said: “What happened to Katie Price is devastating and I want to send her lots of love. The thought of anyone laying a hand on her – whether it’s a man or woman – makes me so sad.”

‘She’s always been there for me’

Celebrity SAS: Who Dares Wins contestant Kerry added: “Katie has always been there for me when I’ve been in a difficult situation and she knows I’m here for her now, and I’ve reached out to her.”

She added that Katie has lots of support around her.

She concluded: “Everyone is rallying around her and supporting her.”

What do you think of our story? Tell us your thoughts on our Facebook page @EntertainmentDailyFix.