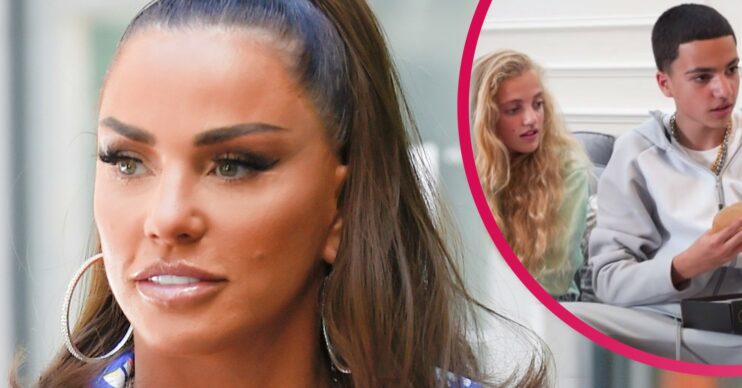 Katie was involved in an accident on Tuesday

Following the news Katie Price was involved in a car crash, her children Junior and Princess have sent their mum messages of support.

On Tuesday (September 28), the mum-of-five was taken to hospital following an alleged ‘drink-drive’ accident.

Later in the evening, Katie‘s family issued a statement saying they are “concerned about Kate’s wellbeing and overall mental health”.

The statement also said: “As a family, we have been and will continue to help Kate get the help she needs.

“We hope that she will realise that she cannot battle her issues alone.”

It added: “As a family, we hope she can find her path privately moving forward during this very difficult period in her life.

“We are not asking for sympathy – just that it is recognised that Kate is unwell.”

Princess said: “Love you mum, so much.”

It comes after Katie became involved in a car crash on Tuesday after she flipped her BMW in Partridge Green.

Sussex Police confirmed the person involved was above the legal limit for drink and drugs.

A statement read: “Police responded to reports of a single-vehicle collision on the B2135 near Partridge Green around 6.20am on Tuesday (September 28).

“A woman, 43, was arrested on suspicion of driving while above the legal limit for alcohol and drugs…

“…and has been taken to hospital to be checked over.

“The road was blocked temporarily while recovery of the vehicle was arranged.”

During an appearance on Good Morning Britain on Monday, Katie spoke about her driving ban and how she can’t drive to see her son Harvey in residential college.

She said: “Harvey’s in Cheltenham now. He keeps ringing me saying, ‘Mummy I miss you, I need kisses and cuddles.’

“So it is quite hard because obviously I don’t get my licence back till December, so I can’t just whizz in the car there, and it’s not close.”