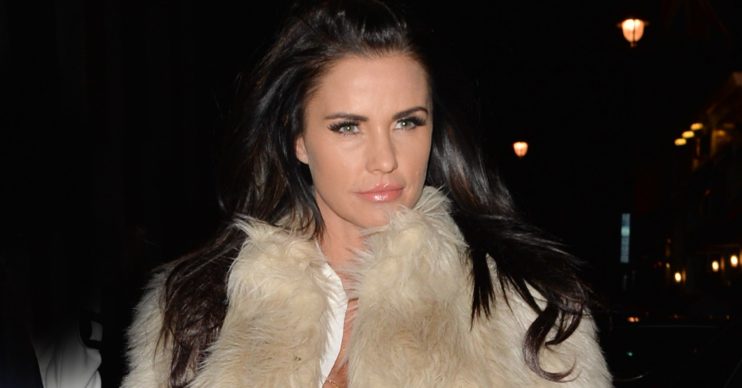 Katie Price has a new boyfriend - and he's a former Love Island star.

The mum-of-five, 42, certainly had fun as she went to trendy BBQ restaurant Sheesh in Chigwell, after going public with her hunky new man.

Katie revealed on Saturday that her boyfriend is none other than former Love Island star Carl Woods.

Carl, 31, appeared briefly in 2016’s series as a bombshell. However, he never made it inside the infamous villa.

Cuddling up to Carl in view of her some 2.2 million followers, the camera man talks about the loved up couple.

Katie then says: “You introduced us! I’ve been waiting for my prince.”

According to a report in The Sun, a friend of Katie’s played matchmaker and encouraged her to date Carl.

The source says: “Katie wasn’t looking for love or a serious relationship but just weeks after meeting Carl, she fell head over heels for him.

“She’s surprised how fast they clicked.

“He’s her ideal man, really: he’s got a job and his own money, he’s fit, they have a laugh – and she really fancies him.”

“She really fancies him”

In a follow up video they are exiting the trendy venue via his £250,000 Lamborghini Diablo.

On an Instagram post Katie is shown embracing her new love and even calls him her “perfect prince”.

Katie is believed to have split up from her past love, Kris Boyson, in November of last year.

Just back in April Katie had said she was “very much single” on her YouTube channel.

Katie focusing on herself

She said after her rehab stint at The Priory, she wanted to focus on herself and her children.

Katie said: “I’ve had a really turbulent couple of months. I came off social media.

“I came off everything I needed to do there’s a reason behind it – I am now very much single and I am going to do an exclusive about what’s happened.

“Like I always say to people, there’s always sides to every story.

“I had to do something genuinely for myself and I now feel like the old Katie Price so everyone better watch out.”